On April 8, 2021, Guggenheim Fellowships were awarded to four UC Berkeley professors amongst a diverse group of 184 artists, scholars, and scientists. These prestigious fellowships acknowledge those with notable achievements and an exceptional capacity for productive scholarship. Two of this year’s recipients are faculty members in the College of Letters and Science: 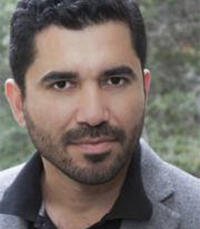 Raúl Coronado is an associate professor in the Department of Ethnic Studies at UC Berkeley. His teaching and research interests are in Latina/o literary and intellectual history, from the colonial period to the 1940s. He regards this field and period as forcing us to rethink the literature of the Americas in a transnational, hemispheric framework.

Coronado’s first book, A World Not to Come: A History of Latino Writing and Print Culture, focused on the transnational development of a print and literary culture in Texas. However, rather than take literature as the beginning object of study, his teaching and research explain the historical process by which certain genres came to be identified as literature. Consequently, he emphasizes the contemporary, social meaning of writing.

His new book is an intellectual history of the U.S. Latina/o self from the late eighteenth- to late nineteenth-centuries. It focuses on the history of print and manuscript culture in the U.S. Southwest, what had once been under the rule of New Spain followed by Mexico. “‘Latina/o’ in this context does not refer to an identity,” says Coronado. “No one from the Southwest identified as ‘Latina/o’ during this period. Instead, it refers to the processes by which Spanish-American communities drew on Protestant structures of thought to understand their world and themselves.” Contrary to dominant historical narratives of the self--with their origin in Cartesian subjectivity and the Protestant Reformation, Coronado argues that “the Latina/o world held fast to spiritual and political concepts of community, seemingly rejecting individualism in favor of the communal.” The book seeks to expand how we think of interiority and the experience of fullness, not to reject individualism but to resituate the self in the communal. Taking California, New Mexico, and Texas as its object of study, the book will be one of the first archival-based histories of what is now the Southwest, allowing for a capacious, comparative understanding.

Coronado earned his Ph.D. in Modern Thought and Literature from Stanford University and a B.A. with Special Honors in the Honors Humanities Program from the University of Texas at Austin. 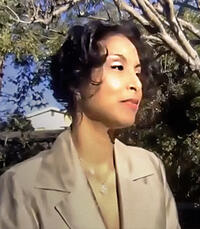 Debarati Sanyal is a Professor of French, affiliated with Critical Theory, the Center for Race and Gender, and the Institute of European Studies. Sanyal’s research and teaching interests include critical refugee studies,  postwar French and Francophone culture, transcultural memory studies, and 19th-century French literature. She is a recipient of the UC Berkeley Distinguished Teaching Award (2012).

Sanyal’s first book, The Violence of Modernity: Baudelaire, Irony and the Politics of Form (Johns Hopkins, 2006), argued for the ongoing pertinence of the nineteenth-century French poet’s provocations, especially in a cultural climate that privileges trauma and crisis over critique. Her second book, Memory and Complicity: Migrations of Holocaust Remembrance (Fordham, 2015), addressed the uses of complicity and Holocaust memory in postwar French and Francophone culture. Sanyal’s current project, Arts of the Border: Voices of Migration at the Edges of Europe, examines the convergence of violence and care at European borders through contemporary literature, film, and visual media. It considers aesthetic representations that bear witness to forms of becoming, belonging, fugitivity, and solidarity within spaces of capture such as Cala is’s former jungle, detention facilities in the Aegean transit, or the Euro-African border. Contemporary borders rehearse old patterns of racialized violence but in new ways and with increasingly sophisticated technologies. The book argues against approaching migrants and refugees as bodies to be saved, contained, policed, encamped, expelled, or otherwise managed, as we see in humanitarian, securitarian, and theoretical approaches to the refugee “crisis.” The book examines testimonies and artistic works that bear witness to the lived itineraries, symbolic resources, and political agency of those in flight while hosting the singularities of their experience.

Sanyal earned her B.A. in English and Modern Languages (French) at the University of Oxford and her Ph.D. in Romance Languages and Literatures at Princeton University.

Edward Hirsch, president of the John Simon Guggenheim Memorial Foundation, noted what a “devastating year” this has been for many. “A Guggenheim Fellowship has always been meaningful, but this year we know it will be a lifeline for many of the new Fellows at a time of great hardship, a survival tool as well as a creative one,” Hirsch said. “The work supported by the Fellowship will help us understand more deeply what we are enduring individually and collectively, and it is an honor for the Foundation to help them do what they were meant to do.”

Created in 1925 by U.S.Sen. Simon and Olga Guggenheim in memory of their son, John Simon Guggenheim, the Foundation has offered fellowships to exceptional individuals in pursuit of scholarship in any field of knowledge and creation in any art form, under the freest possible conditions.