UC Berkeley is proud to announce its inaugural class of Shurl and Kay Curci Foundation Ph.D. scholars. The university received $1.78 million to support this pilot program, providing three years of incoming cohorts of five to six graduate students with two years of funding.

“It’s an honor for UC Berkeley to have been chosen for this program,” says Michael Botchan, dean of the Biological Sciences Division, “and it aligns perfectly with our goal — to ensure that our students reflect the diversity of talent out there. Successful research in the life sciences is crucial to solving many issues in today’s world, and we need every qualified person on board. I thank the Curci Foundation for helping us with resources to train international students and women destined for the professoriate.” 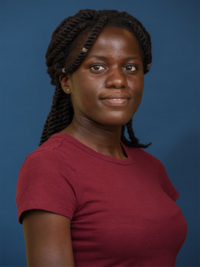 Janet Babirye grew up in Uganda, Africa. Before joining the molecular & cell biology program at UC Berkeley, Babirye did her undergraduate studies at Makerere University in Kampala, Uganda, where she obtained a bachelor's degree in biomedical laboratory technology. She then received a scholarship from the Fogarty International Center in the U.S. National Institute of Health and returned to Makerere University to pursue a master’s of science in immunology and clinical microbiology. Her master's research focused on the evaluation of M. tuberculosis thymidylate kinase (TMKmt) as a potential diagnostic biomarker for pulmonary tuberculosis among HIV-positive individuals. After graduating in 2019, she received a fellowship from the Center for Emerging and Neglected Diseases at UC Berkeley to train in the Stanley lab. Her project in the Stanley lab aimed at defining proteins secreted by Methicillin-resistant Staphylococcus aureus that interact with host proteins. Babirye is currently a graduate student in the Vance lab where she is studying the role of adaptive immunity in Shigella infection. Specifically, she seeks to understand which adaptive immune cells are important in protection against shigella infection.

“I am very excited to be one of the Curci scholars and am very grateful to the Curci Foundation program. My long-term career goal is to become a senior research scientist in immunology and vaccine research focused on infectious and parasitic disease. I believe that with the support from the Curci Foundation, I will be able to accomplish this goal. What excites me the most about my project is that the results can be informative in designing and testing vaccine candidates for Shigella infection.” 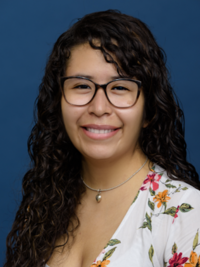 Lidia Llacsahuanga was born and raised in Lima, Peru, where she majored in genetics and biotechnology. During Llacsahuanga’s studies, she developed a keen interest in gene expression regulation after a winter internship at UC Berkeley. Inspired by the cutting-edge research on post-transcriptional gene regulation, she applied to and was selected for several competitive internships in the U.S. and Europe. As a result of her work, Llacsahuanga presented her findings in international conferences and once won the Best Poster Award. Back in her home country, she worked on malaria research, actively going to endemic areas and leading the data management core of the malaria laboratory. Through this work, she published a study on the impact of the COVID-19 pandemic on malaria cases in the Peruvian Amazon, and collaborated with Belgian researchers on a manuscript regarding drug resistance in the area. Besides her research endeavors, Llacsahuanga is also passionate about mentoring in STEM and science communication. After acquiring funding from the ACS, she organized and presented in several nationwide science outreach conferences, and founded a mentorship program in her home university that is now part of a Peruvian STEM network.

Remembering the vibrant environment that initially inspired her to pursue research, Llacsahuanga is back at UC Berkeley as a graduate student. Along with her admission into the molecular & cell biology Ph.D. program, she received the Berkeley scholarship. Now, she aspires to uncover novel gene regulatory mechanisms and hopes to inspire other students in her country and beyond to pursue science.

“When I heard of a scholarship specially funding international female scientists in such an amazing university as UC Berkeley, I was moved. I am convinced that science is enriched with diversity, so I really appreciate the efforts to expand it. Being selected for the Curci fellowship is a real honor, and I am really excited for what I will get to do during my graduate studies.” 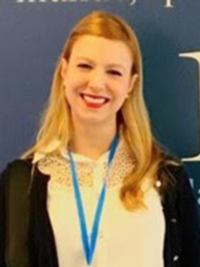 Juliana Martins was born and raised by her mother and grandmother in the countryside of Brazil, in a small town called Londrina. For Martins, there was nothing more fascinating than understanding how nature and the universe worked. Her interest in science led her to write a letter to NASA at age 11, saying she would commit to studying as hard as she could so that she could help to unravel the mysteries of space and time. Amidst few resources, she was the first student in class throughout school time and got into the country's leading and most competitive university with an all-time high score in the admissions exam for her program. Martins knocked on doors for research as soon as she arrived in college. She was awarded a full scholarship from the University of Sao Paulo for a summer internship at Prof. Ronald DePinho’s lab (Harvard/MD Anderson, USA) in 2011; an honorable mention for one of the best projects (out of 3600) at the 20th University Undergraduate Research International Symposium in 2012; and an invitation to join the Brazilian delegation to Ohio State University in 2013, for having been shortlisted among the awarded projects. Martins holds a bachelor’s of science in physical and biomolecular sciences from the University of Sao Paulo, Brazil, and a master’s in science in cancer biology from the Ludwig Cancer Research Institute in Sao Paulo, Brazil.

“It was during a class in 2011 that I came across the research topic that captured my interest like no other before: aging biology. The more I delved into the topic, the stronger I wanted to get involved in the field. Making people live healthier longer was the most fascinating goal I could ever wish to achieve. After graduating, personal reasons ended up leading me to make the difficult decision to leave science. Management consulting and investment banking taught me many valuable lessons while serving me at home. However, the main lesson they taught me was that the true reason for the sparkle in my eyes has never changed. My mission is, and will always be, in science.

My life goal is to contribute to science by further advancing the aging biology field, and to contribute to the community by translating those scientific advancements into tangible clinical applications. Being a Curci scholar means making all of this possible. The Curci Fellowship enabled me to return to science and resume my mission in this world. I am deeply grateful to the Curci Foundation for making all of this possible, doing such a special job of supporting international talent in developing cutting-edge science at leading universities in the U.S., such as UC Berkeley. It is an honor, and I am proud to be part of the Curci Foundation fellows’ team.” 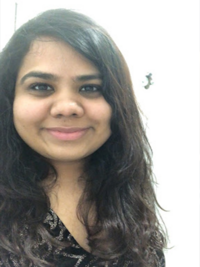 Rithu Pattali is from Mumbai, India, where she received her undergraduate degree in biotechnology engineering. Pattali’s interest in research burgeoned while she was investigating mitochondrial dynamics in Spinal Muscular Atrophy (SMA) motor neurons that were differentiated from patient-derived iPSCs during my master’s thesis at the University of Illinois, Chicago. Soon, she developed a keen interest to pursue scientific projects with a translational aspect to them and ended up working as a Research Associate at Editas Medicine, a gene-editing company, for the next three years. Rattali’s most memorable work at Editas was for their iPSC-derived Natural Killer (iNK) cell program where they harnessed the power of NK cells to develop off the shelf medicines for oncology. She is broadly interested in epigenome and gene editing and truly believes that leveraging nature’s cellular toolbox for genetic manipulation will provide new avenues for combating debilitating diseases in the future.

“My interdisciplinary training underscores the importance of being exposed to a gamut of fields to interrogate problems that would benefit from a multi-disciplinary approach. This diversity in research is embedded in the rigorous molecular & cell biology graduate program at UC Berkeley. As a Curci scholar, I want to continue challenging the status quo and working towards resetting cultural norms, not only in the field of science but also in our communities at large. I strongly believe that this program will allow me to utilize my robust skillset as well as develop the critical skills needed to eventually lead the next wave of transformational medicines.” 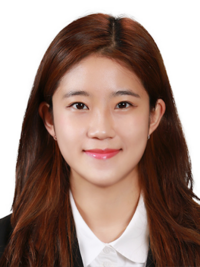 Serim Yang was born and raised in Seoul, South Korea. Yang went to the Seoul National University as an undergraduate, where she earned a bachelor’s of science in chemistry and biological sciences. During college, Yang was lucky enough to participate in research in both areas. For her undergraduate thesis in chemistry, she studied and engineered the biosynthesis of a subfamily of Ribosomally Synthesized and Post-translationally modified Peptides (RiPPs) called Omega-Ester containing Peptides (OEPs) in Professor Seokhee Kim’s lab. Then she joined Professor Hyunsook Lee’s lab to study the cell biological implications of mutation in lysosomal hydrolase GALC and how it is related to increased risk of developing cancer. Yang stayed in the lab for eight months after graduation, working as a research assistant to continue her work in developing and using pancreatic organoids as ex vivo cancer models. Her current research interest involves harnessing the tools of chemistry to address challenges in biology, more specifically in cellular metabolism.

As an undergraduate, Yang was a member of the Honor Society of the College of Natural Sciences where they organized academic and cultural exchange programs with other undergraduate student organizations in Asia and hosted several public science education events. Science communication and public science education are still two of her ongoing interests.

“Being a Curci fellow means not only an opportunity for myself but also for the future classes of passionate women scientists of various nationalities. I am deeply honored and grateful to be able to pursue my dream as a scientist in a place of my choice, being warmly welcomed and supported there, and become part of the community. As a scientist, I would like to tackle fundamental questions in cellular metabolism that could advance our understanding and open up new possibilities to treat challenging diseases. I also hope to contribute to the richness of culture and creativity in my scientific community, passing on and expanding the opportunities to upcoming classes.”