Q&A with Sarafina Nance, a Ph.D. candidate selected for Forbes "30 Under 30" 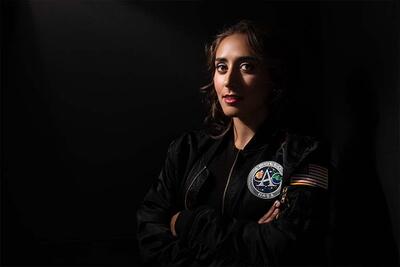 Sarafina Nance is a Ph.D. candidate in astrophysics at UC Berkeley's College of Letters & Science, in the Division of Mathematics and Physics. Deeply passionate about the world of science and our Universe in particular, Nance has promoted public engagement and learning through a variety of platforms: Constellations, a digital series; a children's book about astronomy, and in her forthcoming memoir, Starstruck. She has also garnered a strong following on social media, which is likely to continue growing, as Nance was recently selected for the Forbes "30 Under 30" list. Here, Nance shares a bit about her work, her love of the cosmos, and what's next on the horizon.

Please describe your field of study.

I'm an astrophysics Ph.D. candidate studying supernovae (exploding stars) and computational cosmology (the study of the nature of the Universe). I try to understand the progenitors, evolution, and fates of massive stars, and then use them as probes to measure the rate of the expansion of the Universe. We know that the Universe is expanding, and that expansion is accelerating due to a mysterious "force" called dark energy. But the local rate of expansion is not well constrained. I use these exploding massive stars as independent tools to try to resolve this tension.

What drew you to this work?

I've always been fascinated by the "big questions" of our Universe, like How did the Universe begin? What is the composition and fate of the Universe? I remember being stunned learning that we only know 5% of all matter in the Universe. Everything else, dark matter and dark energy, is not well understood. That is so exciting to me as a scientist because it opens the door for exploring new, untold secrets about our Universe.

Supernovae are extraordinary phenomena (massive stars exploding is pretty incredible!) but also fantastic tools to better understand and answer these questions. They are responsible for the regeneration of elements throughout the cosmos; their explosions distribute elements churned up in their cores throughout the rest of the Universe. We are starstuff in a very literal sense-- the elements that make up you and me are born in the cores of massive stars. Furthermore, supernovae are the homes of impressive physics laboratories. We are unable to replicate much of the physics that goes on in supernovae on Earth laboratories, so studying these stars allows us to learn more about these hard-to-study reaches of fundamental physics.

Working to understand which stars explode and when, and what those explosions tell us about the nature of the Universe, is such an exciting realm of astrophysics that I'm grateful to be a part of!

How has your experience at UC Berkeley informed your research and perspective as a scientist?

UC Berkeley has been a dream come true for me. I'm especially grateful for my Ph.D. advisor, Dr. Peter Nugent, who has always encouraged me to pursue my goals (even if they're non-traditional to academia!). He has consistently advocated and opened doors for me while teaching me about astronomy in an open, non-judgmental way. I'm also so grateful for Dr. Josh Bloom, Dr. Raffaella Margutti, and Dr. Eliot Quataert, who consistently go above and beyond to support my dreams.

Your website says that your goal is “to bring the cosmos to the world.” As a science communicator, why do you think it’s important for the general public to engage with astronomy?

First and foremost, I believe that it's so important for the general public to engage with science in general. But I also believe that it's the responsibility of scientists to communicate the magic of what we learn with the public in an accessible way to overcome communication divides. All too often, scientists sequester ourselves to our "Ivory Tower," which I believe contributes to mistrust in science. This manifests in the anti-vax movement, climate change deniers, anti-maskers, etc. I prioritize science communication in large part because I want to increase trust and understanding in science more broadly.

With regard to astronomy, I believe that some of the most fundamental questions that humans can ask are tied to the cosmos. Who are we? Are we alone? How did the Universe begin? How will it end? In short, we get to consider what makes us human. This perspective, defined by the beauty of our cosmos and the extraordinary phenomena scattered throughout our Universe, is one that ties us more closely to the Earth and to each other. As an astronomer and lover of the Universe, I view it as my duty to share the magic of what I learn about the Universe with others.

You recently published a children’s book, Little Leonardo's Fascinating World of Astronomy. How did that project come about? 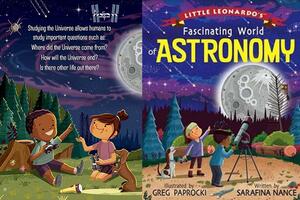 For most of my life, I never felt like a career in Astronomy was possible. As an Egyptian-American woman, my goal now is to change the narrative of who can be a scientist and what a scientist looks like. Coupled with systemic racism, homophobia, transphobia, and ableism, the traditional stereotype of a scientist simultaneously dissuades and bars young women and women of color (women like me!) from continuing in a space that is - by design - not made for us. My goal is to redefine this stereotype, recreating this vision into one that is inclusive by supporting, elevating, and prioritizing those from marginalized backgrounds.

I wrote Little Leo for young Sarafina -- a little girl who was in love with the Universe and wanted to see people like her exploring it. I wanted to create a book that illustrated kids of all different identities exploring the Universe, while sharing some of the most mind-blowing facts about the cosmos in an accessible way.

How does it feel to be recognized by Forbes for the "30 under 30" list?

Utterly surreal! I'm so grateful and honored to be included on this list of extraordinary leaders and change-makers. I'm committed to doing the work to be worthy of my counterparts on the list (and beyond).

You’ve already accomplished so much -- what’s next on the horizon?

Thank you! Up next is finishing my Ph.D. and completing my memoir, STARSTRUCK. These two projects take up all of my time, and I'm so excited to see them through. In the long term, I'm constantly looking for new and exciting opportunities to explore the Universe. While that might look like a lot of different things (becoming an astronaut, working in the space sector, the possibilities are endless!), I want to continue to push the world forward, while emphasizing accessibility and elevating and protecting marginalized communities.

How can people follow and/or support your work in the future?