Next Executive Dean of the College of Letters and Science 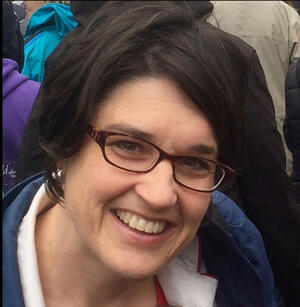 Jennifer Johnson-Hanks, Chair of the Berkeley Division of the Senate and Professor of Demography and Sociology, has been named the next executive dean of UC Berkeley’s College of Letters & Science (L&S).

This appointment marks the exciting inauguration of a re-envisioned role for executive dean. In addition to advancing the mission and vision of the College, Johnson-Hanks will also assume leadership for the Undergraduate Studies division, where she will bolster Berkeley’s commitment to elevating diversity, equity, inclusion, and belonging in the undergraduate experience.

“I am thrilled to be able to serve the College of Letters & Science and to work on behalf of its students, faculty, and staff,” said Johnson-Hanks. “In L&S, we ask fundamental research questions and cultivate our students for lives of meaning and consequence. To me, there is nothing more important than this dual mission, and I am deeply honored to be able to contribute to it.”

Before teaching at UC Berkeley, Johnson-Hanks was herself a student in L&S. After obtaining an undergraduate degree in anthropology at Berkeley, she studied at Northwestern University, earning an M.A. and Ph.D. in anthropology. She is a cultural demographer with interests in fertility and family, epistemology, and the history of population thought. A scholar and thought leader in her field, she has edited and authored several books, as well as articles in journals including Population and Development Review, the American Journal of Sociology, and Current Anthropology

“I first came to Berkeley as an out-of-state transfer student in 1992. It was enchanting: the secret passageway between Moffitt and Doe; the third floor of Moe’s; the late-night discussions about the ethics of ethnographic fieldwork,” Johnson-Hanks recalls. “Almost 30 years later, I still find it enchanting. What we do here matters deeply, for our students and their families, but also for the state and even human society. By seeking knowledge for its own sake, and teaching generations of students how to do the same, L&S has a very special mission. I would like to help make L&S more vibrant, more integrated, and more attentive to its identity as a college.”

“I think it’s fantastic that Jenna's going to do this,” remarked Bob Jacobsen, dean of the Undergraduate Studies division at L&S. “She cares deeply about students and their education. She’s got a thoughtful, respectful approach to issues, and she resolves them. I can’t wait to see where she leads the Undergraduate Division.”

Johnson-Hanks has an extensive record of service to the campus and her discipline. She is currently a Board Member of the Population Association of America and has directed the Population Sciences training grant on campus for nearly a decade. She has served as department chair, associate dean, chair of the Senate Committee on Academic Planning and Resource Allocation, and vice-chair and chair of the Berkeley Division of the Academic Senate. Without a doubt, these roles have prepared her well for the complexity of L&S, home to a vast array of disciplines across Arts & Humanities, Biological Sciences, Social Sciences, and Mathematical and Physical Sciences.

Executive Dean Janet Broughton remarked, “I’m delighted that Jenna will be L&S's next executive dean and undergraduate dean. She’s already a seasoned campus leader, and she brings a passion for L&S to the job, along with a temperament that perfectly combines optimism and pragmatism. I’m confident she will help the College move forward from strength to strength in the years to come.”

Johnson-Hanks’s commitment to Berkeley extends beyond the professional. Her husband, Bill Hanks, is a professor of anthropology at UC Berkeley, and she has a stepdaughter who holds a B.A. in anthropology from...you guessed it, Berkeley. She is also raising her two children in a Berkeley environment.  “At home, I have a ‘Bear Garden,’” she shared. “It’s filled with durable, tough plants with blue flowers and gold foliage.”

Johnson-Hanks will begin her tenure as executive dean on July 1, 2021.