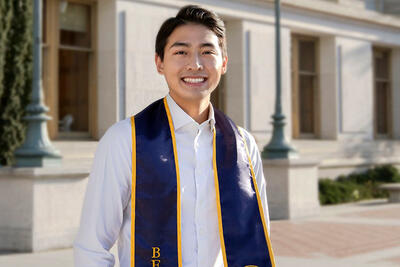 A natural multitasker, Alan Huang pursued two seemingly disparate majors in the College of Letters & Science: music and neurobiology. He found harmony in this academic path and graduated this spring as a University Medal finalist. Accolades aside, he’s eager to stress the importance of being well-rounded, open to new experiences, and striving for something you are passionate about.

For Huang, pursuing both music and neurobiology was not out of character. “I like to have lots of different hobbies at the same time - it’s been a recurring theme in my life,” he reflects. “I just wasn't willing to give up my interest in music or biology in order to pursue one more deeply. At first, I did have some concerns about whether I’d be able to take these classes and do well, but I was able to successfully fit it all into my schedule. It felt natural to study two things that are really different.”

Huang fell in love with music as a child and grew up playing the piano and saxophone. He briefly considered studying music alone and applied to some conservatories before making his final decision. “Although I could have gone down that path, at the end of the day I still wanted to pursue something academic as well. I felt like I would be too siloed into one career path if I only studied music.”

As for a second major in neuroscience, Huang had also developed a passion for biology as a teenager. He recalled that in high school, he volunteered in a lab that researched music cognition. “We would play light classical music and other kinds of music,” he recalled. “Our research participants would be hooked up to an EEG, which scans your brain and records activity. We could observe their neurological reactions as they listened to the different kinds of music.” As he considered which aspect of biology to focus on, a personal incident took place, further shaping his outlook on life. “I lost a close friend in high school. After that, I decided I wanted to study something related to the human body, specifically the mind and brain. That is still driving me to this day.” True to form, Huang thrived on seeking out varied experiences across campus and beyond: he volunteered at the Berkeley Free Clinic in between sessions with the UC Berkeley Wind Ensemble, where he played the saxophone. Ultimately, he credits studying two majors as being beneficial to him as a student. “I definitely think studying music improved my skills in neuroscience too. When I first started college, I didn’t feel like my reading and writing skills were very strong. I didn’t anticipate so much reading and writing while studying music, especially when learning music history and ethnomusicology. I think all of that extra writing really benefitted me - especially when it came to expressing myself and putting my thoughts on paper.” 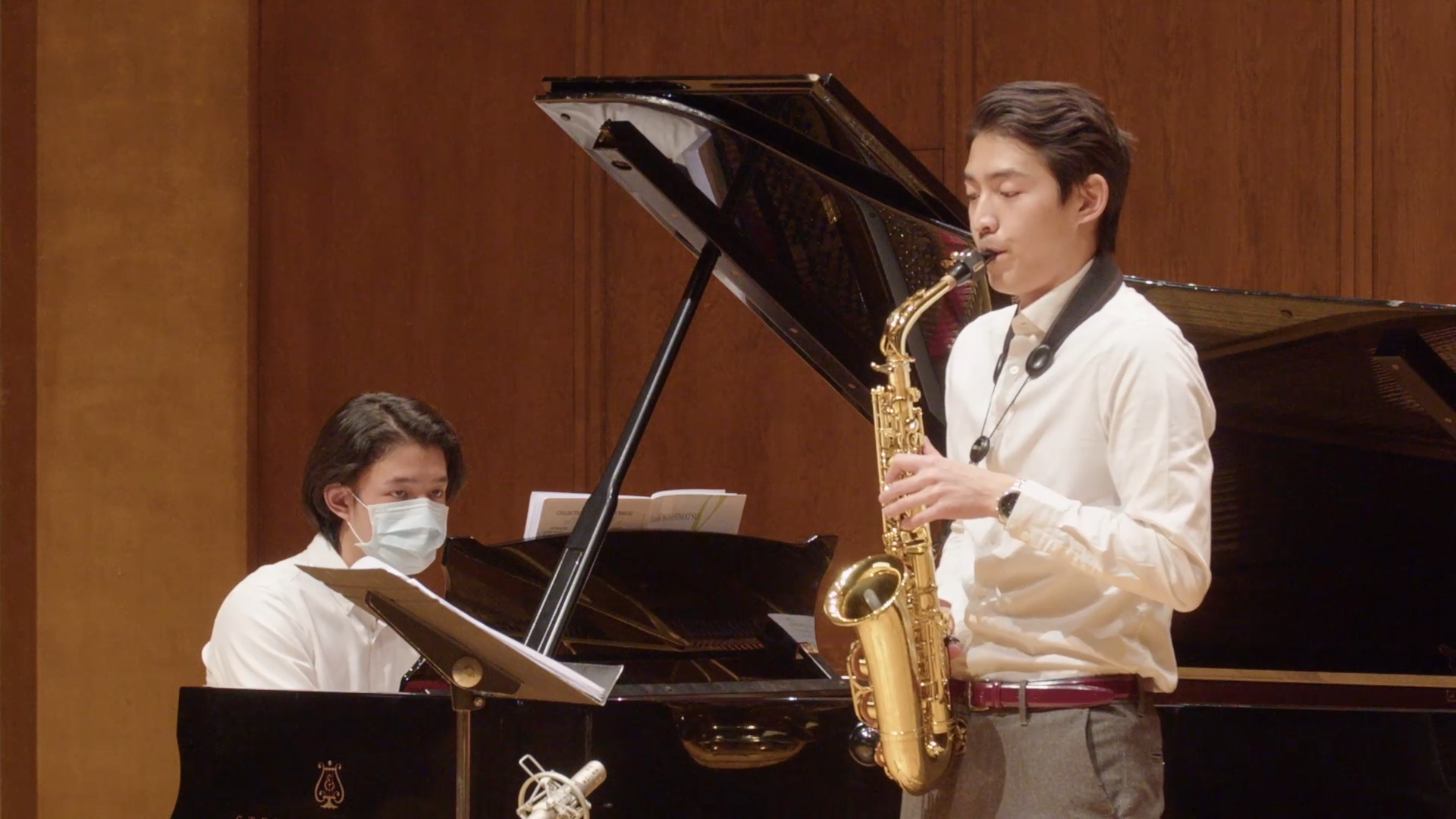 “I also think a lot of that has to do with studying something that is not science-related. When I was studying biology, I was doing a lot of reading and memorization. It was really good for me to take a break from that and be able to work on something more creative.”

As Huang embraced opportunities to obtain diverse learning experiences, he also sought ways to inform his aspirations in medicine, never forgetting his commitment to learning more about the brain. “I took a class on the aging human brain and it was taught by one of the leading researchers in Alzheimer’s disease in the field. It was really cool to see what people are actually working on in the current field.”

“I also took Asian American Health from the Asian American Studies department,” he added. “As someone wanting to go into medicine, it meant a lot to be able to learn more about my own community.”

As for his future, Huang is still musing upon his next steps. He will begin consulting with the Boston Consulting Group for two years as he seriously considers whether medical school is the right next step. “I want to gain some real-world work experience with a full-time job before I commit the next 6 to 10 years of my life to medical school,” he laughed. But his heart is still in medicine, and there are paths that have already piqued his interest. “I am interested in something related to the brain, such as neurology or psychiatry. I recently learned more about otolaryngology (the study of ear, nose, and throat), and doctors are doing a lot of work that is related to hearing and hearing loss. There's a lot of cool research right now on cochlear implants and how people with cochlear implants perceive music. I may want to pursue that in the future.”

Until then, Berkeley is fortunate to have Huang for the summer, as he will return to volunteer with the Berkeley Free Clinic. “We shut down for the past year due to Covid and now we're starting to get things going again. We've been doing telehealth and have been busy trying to refer clients out using phone appointments. That’s been going okay, but you can't really replace that with face-to-face interaction.”

“I’m just really looking forward to seeing what the world is going to look like after Covid.”