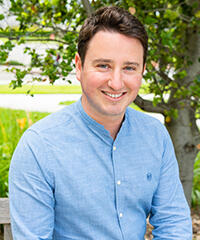 Gabriel Zucman, associate professor of economics at the UC Berkeley College of Letters & Science, associate professor of public policy at the Goldman School of Public Policy, and director of the James M. and Cathleen D. Stone Center on Wealth and Income Inequality, has been selected as one of 26 recipients of the 2021 Andrew Carnegie Fellowship Award. This prestigious award includes a $200,000 grant “to pursue scholarly research addressing important and enduring issues confronting our society.”

Zucman’s research projects, often in collaboration with fellow UC Berkeley economist Emmanuel Saez, have largely examined and shed light on complex topics of great consequence: income distribution, tax privileges, and global wealth inequality. He has worked with members of the World Inequality Lab to help create Distributional National Accounts, which enable the analysis of our economy by different income and social groups. His current proposal, “Towards Real-Time Distributional Economic Accounts,” will expand this project, developing real-time data from “high frequency” statistics, such as monthly estimates of personal income. In essence, these data points would give us a much better understanding of how unforeseen external forces, like the Financial Crisis of 2007 or the current pandemic, are actually impacting various populations.

“I am humbled to have been selected as a Carnegie Fellow, alongside such incredibly talented scholars,” remarked Zucman. “I am extraordinarily grateful to my co-authors, colleagues, students, and all the members of the Berkeley community, without whom my research would not exist and who are a constant source of inspiration. I look forward to building this first prototype of real-time distributional economic accounts — I am excited to take up this challenge!"

Over less than a decade, Zucman has already made a meteoric rise and impact in his field. Since completing his Ph.D. at the Paris School of Economics in 2013 and joining the economics department in the L&S Division of Social Sciences in 2015, he has fundamentally changed how many economists and others approach academic research and empirical data in their work. Zucman’s books, The Triumph of Injustice: How the Rich Dodge Taxes and How to Make Them Pay and The Hidden Wealth of Nations, have reshaped public discourse around wealth, taxation, and inequality. In 2019, he was awarded the BernácerPrize and a Sloan Research Fellowship. “His influence on academic research and public policy is already profound,” remarked David Card, UC Berkeley professor of economics and Director of the Labor Studies Program at the National Bureau of Economic Research, “but we predict that over the coming decade, Zucman’s work will lead to major changes in tax policies and the collection and reporting of national statistics in the US and around the world. He is destined to be one of the most influential economists of his generation.”

True to form, Zucman’s next project is a massive undertaking with immense promise. With the kinds of information that he is proposing to develop, policymakers at the Federal Reserve or in Congress would be far better informed about the burden (or benefit) of recent economic developments and policy changes. As Professor Card put it, “It is important to recognize the ambition of Zucman’s proposal. Essentially, he is proposing to fill a large gap in our national statistics infrastructure. Coming from virtually any other researcher, this would seem impossible. But coming from Zucman, who has a proven track record in developing methods to measure tax evasion, and the degree of wealth inequality, and the full distribution of national income, it is not only feasible but entirely realistic.”

More information about Andrew Carnegie Fellows and the 2021 winners can be found on their website.