Author and scholar Howard Besser ’75, inspired by UC Berkeley’s enduring legacy of impassioned student movements, has made generous gifts in support of future change makers. In March 2021, Besser donated $1 million to establish the Howard Besser Program for Anti-Authoritarianism and Social Movements. Later that year, Dr. Besser expanded his impact with a $2 million bequest to create The Howard Besser Early Career Chair in Anti-Authoritarianism and Social Movements. The Fund will provide endowed support for an Early Career chair, to be awarded to an associate professor in the Division of Social Sciences within the College of Letters & Science. “The right to protest is a fundamental democratic principle,” said Raka Ray, Dean of the Social Sciences. “Studying the range of social movements, especially grassroots movements, may offer us, at this important historical moment, vital possibilities for social change. We are deeply grateful to Howard Besser for honoring both Berkeley's legacy and its continuing role in understanding and promoting democracy in the world.”

“My hope is that this gift ensures that students continue to learn about anti-authoritarianism, anarchism, and social movements,” said Besser. “These types of “bottom-up” movements are often overlooked in histories. The decentralized nature of these populist movements don’t fit well into historical accounts based on individual personalities. So, for example, histories of the Civil Rights Movement often focus on Martin Luther King, when that really was a large grassroots movement involving thousands of people. I feel that it’s important that we continue to teach about movements that are populist and grassroots.”

As a student at UC Berkeley in the ’70s, Besser was most inspired by student movements happening outside of the classroom such as anti-Vietnam War, anti-apartheid, and anti-nuke movements, However, he also received inspiration from professors who could tie their curriculum in class to the protests going on in the real world. “In my Mass Communications class with Professor Todd Gitlin, we were studying press coverage of the Students for a Democratic Society (SDS) in the 1960s. He had us look at contemporaneous coverage of student movements on campus.” Today, Besser continues to be inspired by movements that fight climate change, global capital, and racism.

Besser graduated from Cal with a B.A. in Independent Studies, focusing on 'Pataphysics, in 1975. He also earned his M.L.S., C.L.S., and Ph.D. in Library Sciences from UC Berkeley. Dr. Besser’s connection to UC as a student continued years later when he returned to join the faculty of UCLA’s School of Information Management & Systems. He also had a long-term affiliation with the Berkeley Multimedia Research Center, and was on the Advisory Board for the UC Berkeley Art Technology, & Culture lecture seriesBesser is also actively involved with museums and the art community, and for many years he headed information technology for Berkeley's University Art Museum. In an oral interview for the Digital Pioneer Project, Besser traced his early interest in information technology and digital preservation to his work with the  Pacific Film Archive in Berkeley.

In addition to his professional ties to UC Berkeley, Besser carries a personal affiliation as well: Howard met his former partner, Terry, at an off-campus meeting space across from Cafe Strada. They traveled the world visiting various anarchist and anti-authoritarian groups to create a directory of hundreds of organizations.

Besser has served on the faculty of NYU, where he is a Professor of Cinema Studies and Founding Director of the Moving Image Archiving and Preservation master's degree program (MIAP) as well as Senior Scientist for Digital Library Initiatives for NYU's Library. Daniel Moore, a recent graduate of the NYU MA program for cinema studies and currently an affiliate faculty member at Emerson College, says Besser’s class, titled Surveillance Studies: Contemporary Digital Videos and the State, and Besser’s vast expertise, opened paths of research he hadn’t considered before. “He really does a great job of taking each student's individual interests, talents and personal stories and helping apply them to class. He's just an indispensable part of the cinema studies department. If I hadn't taken that class I wouldn't have been where I am now.” Moore, who is currently applying for a PhD program, says Besser’s mentorship was invaluable in that process as well.

In his bio, Besser writes that he is interested in "the tension between preservation and privacy and between preservation and access within collections of social media that tend to be the most revealing of contemporary times”. This interdisciplinary approach, says Daniel Moore, is one of the defining features of his teachings. “He has the ability to bring together various sources that look at the comprehensive impact of technologies on our lives, but with a global perspective. For example, we looked at examples of surveillance not only in stereotypical authoritarian regimes, but also through everyday life here in the U.S. to bring attention to issues of brutality and authoritarianism.”

Craig Rusert, who graduated from the Cinema Studies M.A. program at NYU in 2021, took a Zoom class with Prof. Besser titled “Free Culture and Open Access” in the fall of 2020. He voiced his deep respect for his former teacher and for the class, which he described as profound and truly inspirational. “His class was life-changing and something to look forward to every week, as his teachings brought clarity during a complex historical time in the world. To be around Howard is to be around an enlightened sage. He is a legend in his field.” 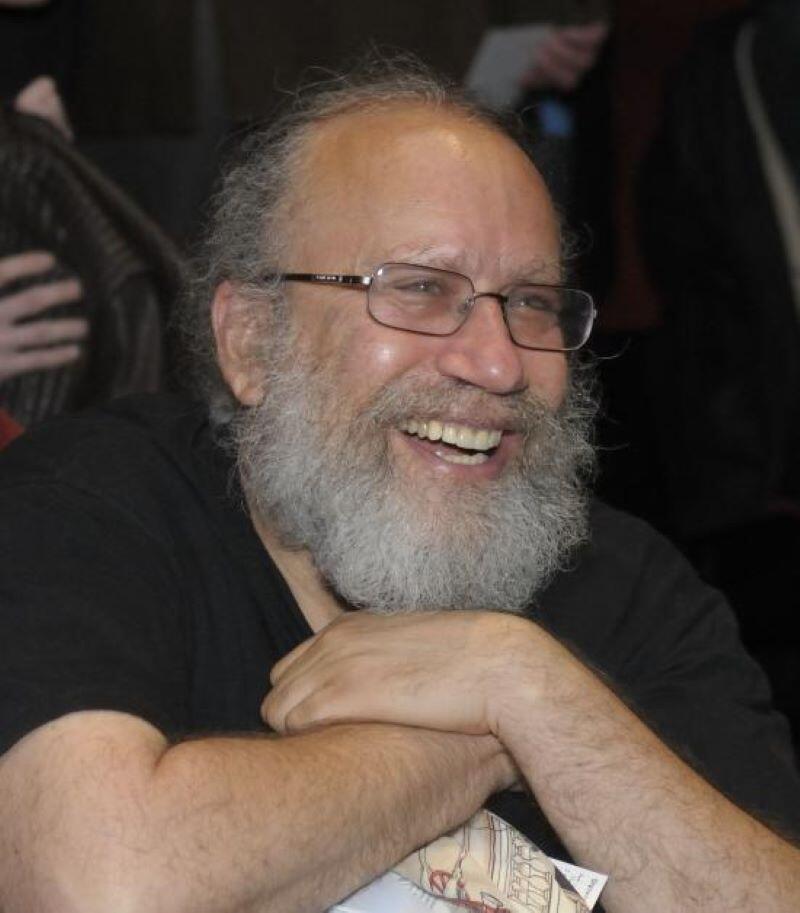 Howard Besser is a Professor of Cinema Studies and Founding Director of the Moving Image Archiving and Preservation masters degree program (MIAP) as well as Senior Scientist for Digital Library Initiatives for NYU's Library. . He is an international expert on new technologies in libraries, museums, and archives, and has been active in national and international efforts to develop metadata and standards for the cultural heritage community.

In 2003, he took early retirement from his position as Professor at UCLA's School of Education and Information Studies, where he taught and did research on multimedia and image databases (particularly in cultural institutions), digital library issues (particularly around  standards, longevity, intellectual property, and metadata), the development of new ways to teach with technology (including web-based instruction and distance learning), information literacy, web design, and the social and cultural impact of new information technologies. He is particularly interested in design issues and the use of critical theory perspectives

From 1994-96 he was on the faculty of the University of Michigan's School of Information where he headed a committee developing a curriculum in multimedia and digital publishing. He has also been an Assistant Professor at the University of Pittsburgh.