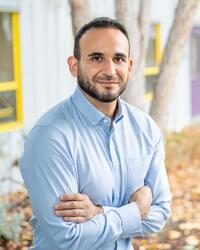 Armando Lara-Millán, assistant professor in UC Berkeley’s Department of Sociology, has earned the 2022 Distinguished Scholarly Book Award from the American Sociological Association. This esteemed award is known as the discipline’s highest book honor, as it recognizes the best sociology book published in the two calendar years preceding the year the book is nominated. Lara-Millán received the award for his book Redistributing the Poor: Jails, Hospitals, and the Crisis of Law and Fiscal Austerity.

In his book, Lara-Millán examines state institutions such as jails and hospitals, identifying the harmful impacts of their “so-called redistribution of the poor” in the face of diminishing resources. “We can learn a ton from jails and public hospitals because we spend much of our public money on them,” said Lara-Millán. “They are one of the main ways we haphazardly deal with economic inequality in this country.”

In a Social Science Matrix “Authors Meet Critics” panel in April 2021, Lara-Millán discussed his book’s premise with colleagues, noting that Redistributing the Poor tackles the expansion of medicine in large urban jail and its restriction in large public hospitals during the last 30 years.

Upon earning the ASA Distinguished Scholarly Book Award, Lara-Millán remarked, “I was intellectually aided tremendously at Berkeley from Professors Michael Burawoy and Neil Fligstein, as well as Monica Prasad, Mary Pattillo, and Ann Orloff at Northwestern University where I was educated. They and many others helped me turn this book into what it ultimately became: a study on the murky relationship between historical change and the maintenance of the status quo.”

More information about Lara-Millán and his book award has been announced on the ASA website:

Lara-Millán is an assistant professor in the Department of Sociology at University of California at Berkeley. Based on a study of the institutional practices of the Los Angeles County jail and a Los Angeles-based public hospital, Redistributing the Poor effectively maps out and analyzes the inter-linked shifts in the functioning of state institutions. In his book, Lara-Millán argues that opioid distribution became the way to stabilize patients while also subjecting them to criminalization as they increasingly relied upon more opioids to appease their suffering. This was exacerbated by an increased presence of police in the public hospital emergency room, who criminalize indigent people for, quite literally, waiting for access to more opioids. By drawing upon this empirical case, the analysis unravels how municipal governmental agencies prevent a crisis from emerging when public demands concerning health care emerge in the midst of diminishing public resources made available to meet those demands. As Lara-Millán argues, the so-called redistribution of the poor across institutional spheres (from the hospital/health care to the police/incarceration) is the means of averting such a crisis. Consequently, a social dilemma is made obscure rather than solved.

Lara-Millán commits to extensive archival analysis to investigate how selected agencies of the state, which confront the challenges of legal accountability and fiscal austerity, encourage civil servants and other governmental agents to distribute their resources in ways that both indict people while disguising the mechanisms by which this occurs. Essentially, federal, state, and local institutions redistribute and reclassify the poor as underserving in ways that he portrays as a process of “administrative disappearance.” In making his case, Lara-Millán challenges the capacity of various standing approaches to crime and poverty—those focused on hyper-criminalization, deinstitutionalization, mass incarceration, and other approaches—to explain the paradoxical phenomenon of jails adopting medical practices while hospitals become sites for policing.

Redistributing the Poor is both breathtaking and path-breaking. It combines rich empirical documentation, daring theoretical vision with methodological innovation to generate novel insights into the connection between medical and criminological research. Empirically, the work explores and dissects how different levels of the state—federal, state and local—operate through collaboration and conflict to reclassify and redistribute the poor. Theoretically, it provides original interpretation of state functioning in the midst of public calls for accountability and austerity. Methodologically, it provocatively blends ethnographic with historical research. Finally, in speaking back to municipal policy, the work addresses how municipal politics and policies disguise rather than solve vexing social problems. Taking all of this into account, Redistributing the Poor establishes the possibilities for social organizational sociologists, political sociologists, urban studies scholars, and policy scholars to research and document more substantively how inter-institutional agency in municipalities play direct and indirect roles in regulating the urban poor. Thus, it is a work that extends beyond its empirical domain to advance sociological inquiry in essential and critical ways. 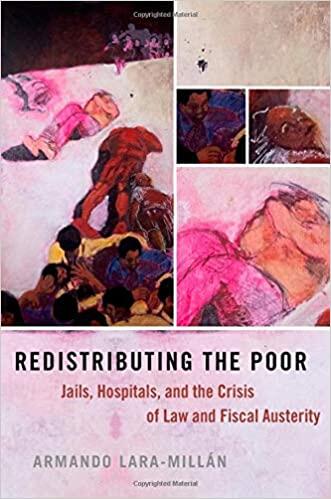