Many Nobel Laureates have called Berkeley home, and many of those come out of the Division of Mathematical & Physical Sciences. 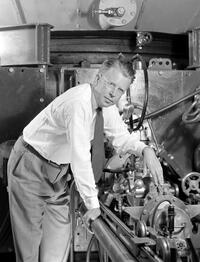 In 1930, at the age of 29, Ernest O. Lawrence unlocked the gates to the world of the atom with his invention of the cyclotron — an ingenious tool destined to become as important to nuclear science as Galileo’s telescope was to astronomy. Lawrence also invented a new way of doing science. His brilliance and willingness to share his discoveries attracted the brightest young scientists of the time to Berkeley. His personal credo was that there was enough research for all, and he rejoiced in the success of others as in his own. 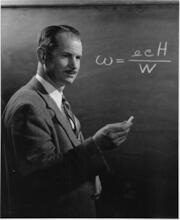 A key member of Lawrence’s Rad Lab team, physicist Edwin McMillan searched for an element heavier than uranium. In 1940, he discovered neptunium. Later, Glenn Seaborg, a young chemist who also worked in Lawrence’s laboratory, continued McMillan’s studies on the transuranium elements. In 1942, Seaborg discovered plutonium, a highly radioactive element. Seaborg and his co-workers went on to discover eight more rare-earth elements and a host of valuable medical isotopes, including iodine-131, which was used to prolong his own mother’s life. 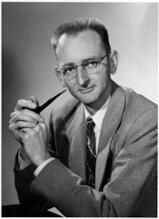 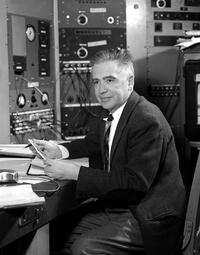 In the period following World War II, the existence of the anti-proton, the atomic particle that would prove nature’s symmetry, still eluded scientists. In 1955, using Berkeley’s powerful new atom smasher, Owen Chamberlain and Emilio Segrè discovered the anti-proton. This discovery signaled a major leap in the study of matter and anti-matter. 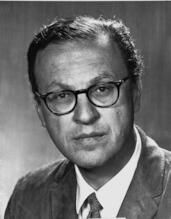 In particle physics, as elsewhere, a picture is worth a thousand words. During the early 1950s, physicist Donald Glaser had this in mind when he noticed the track left by a stream of bubbles in a bottle of beer. This serendipitous event led to the invention of the bubble chamber, a tool second only in importance to Lawrence’s cyclotron. Glaser’s invention allowed scientists to track the movement of atomic particles and marked an important step in the exploration of the structure of matter. 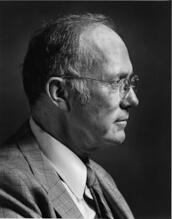 Physicist Charles Townes began his research into the properties of light after designing radar systems during World War II. Working with his brother-in-law, Townes conceived the idea for amplifying light into an intense beam that could penetrate the hardest materials on earth. This led to the development of the laser, a tool that has revolutionized industry, medicine, communications and astronomy. 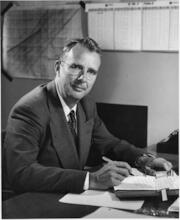 The newly invented bubble chamber captured the imagination of scientist Luis Alvarez, who recognized its great value to physics and set out to improve its design. He substituted hydrogen for ether, which produced a clearer track of speeding particles. This hydrogen bubble chamber vastly increased our knowledge of the atom, and changed the course of nuclear science. 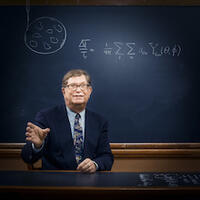 Astrophysicist George Smoot headed a team that was able to image the infant universe, revealing its newborn form and the patterns which have shaped the universe ever since. Smoot's work helped to change the nature of the quest to understand the origin and evolution of the universe. Historically, cosmology had been essentially a theoretical field. Smoot was one of the first pioneering astrophysicists who devised ways to conduct experiments that produced data and information about the early universe. "People have contemplated the origin and evolution of the universe since before the time of Aristotle," said Smoot. "Very recently, the era of speculation has given way to a time of science. The advance of knowledge and of scientific ingenuity means that at long last, we can actually test our theories." 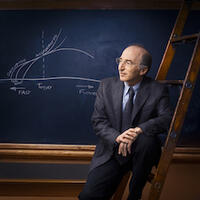 Saul Perlmutter, who led one of two teams that simultaneously discovered the accelerating expansion of the universe, has been awarded the 2011 Nobel Prize in Physics, to be shared with two members of the rival team. Perlmutter, 52, a professor of physics at the University of California, Berkeley, and a faculty senior scientist at Lawrence Berkeley National Laboratory (LBNL), led the Supernova Cosmology Project that, in 1998, discovered that galaxies are receding from one another faster now than they were billions of years ago. He shares the prize with Adam G. Riess, 41, of The Johns Hopkins University and Brian Schmidt, 44, of Australian National University’s Mount Stromlo and Siding Spring Observatories, two members of the competing High-Z Supernova Search team. When the discovery was made, Riess was a postdoctoral fellow at UC Berkeley working with astronomer Alex Filippenko, who at different times was a member of both teams. 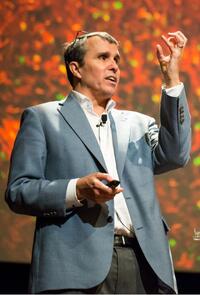 Eric Betzig won the 2014 Nobel Prize in chemistry for developing super-resolution fluorescence microscopy, which allows scientists to look inside cells and visualize the pathways of individual molecules, including those involved in disease. He left academia in 1995 to work in the machine tool industry, but returned ten years later when he and friend, Harald Hess, built the first super-resolution single molecule localization microscope in Harald’s living room. Today, he continues to develop new imaging tools to aid in biological discovery, including correlative super-resolution fluorescence and electron microscopy, 4D dynamic imaging of living systems with non-diffracting light sheets, and adaptive optical microscopy to recover optimal imaging performance deep within aberrating multicellular specimens. Watch this lecture by Betzig here 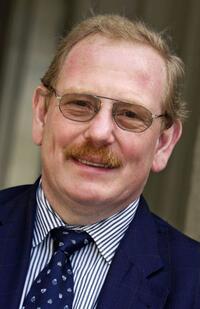 Reinhard Genzel, professor emeritus of physics and astronomy, was awarded the 2020 Nobel Prize in Physics for his co-discovery of the massive black hole at the center of our galaxy. He shares the prize with Professor Andrea Ghez of UCLA and Professor Roger Penrose of Oxford. Genzel’s groundbreaking research begins with Albert Einstein, whose theory of relativity stated that a massive object’s gravity would be so strong that nothing, including light, could escape it. Professor Genzel, working as a postdoctoral fellow with the late Berkeley Nobel laureate Charles Townes, then presented the first observations hinting that the center of our galaxy harbored a massive black hole. Over ensuing decades, Genzel worked tirelessly to develop techniques that accurately measured the mass and behavior of stars circling the galactic center, or rotational center of our galaxy. In 2002, using cutting-edge instruments, Genzel and his team were able to record the orbit of a star around the galactic center, concluding that it circled what they named Sagittarius A*, a supermassive black hole at the center of the Milky Way--an extremely heavy, invisible object about 4 million times the mass of our sun. At UCLA, Professor Ghez led a competing team that confirmed this finding.

The following alumni were also awarded the Nobel Prize in Physics, unless otherwise stated:

Awarded jointly with Rainer Weiss and Kip Thorne "for decisive contributions to the LIGO detector and the observation of gravitational waves" (Advisor: A. Carl Helmholz)

Barish was awarded Berkeley’s Alumnus-of-the Year Award in 2018. Here’s a video about him and his research.

Awarded jointly with H. David Politzer and Frank Wilczek "for the discovery of asymptotic freedom in the theory of the strong interaction” (Advisor: Geoffrey Chew)

Awarded jointly with Alan G. MacDiarmid and Hideki Shirakawa “for the discovery and development of conductive polymers” (Advisor: Alan Portis)

Awarded "for his discoveries concerning the fine structure of the hydrogen spectrum” (Advisor: Robert J. Oppenheimer)

Awarded jointly with Horst L. Störmer and Daniel C. Tsui “for their discovery of a new form of quantum fluid with fractionally charged excitations”

Awarded jointly with George Smoot "for their discovery of the blackbody form and anisotropy of the cosmic microwave background radiation" (Advisor: Paul L. Richards) Read more

Awarded jointly with Adam G. Riess and Brian Schmidt "for the discovery of the accelerating expansion of the universe through observations of distant supernovae" (Advisor: Richard A. Muller)  Read more