The James M. and Cathleen D. Stone Center on Wealth and Income Inequality at UC Berkeley was created to serve as a research hub for campus and beyond, enabling UC Berkeley’s world-leading scholars to deepen our understanding of the inequality in society and formulate new approaches to address the challenge of creating a more equitable society. The Center serves as the primary convening point at UC Berkeley for research, teaching and data development concerning the causes, nature, and consequences of wealth and income inequalities with a special emphasis on the concentration of wealth at the very top. 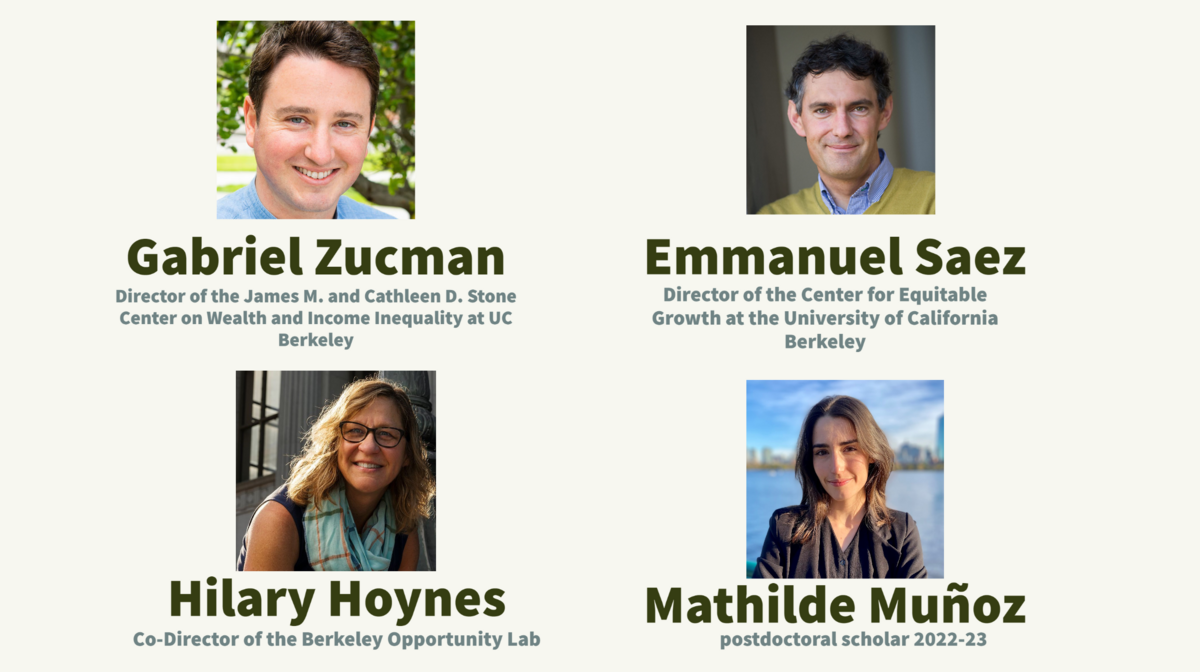 Gabriel Zucman is Associate Professor of Economics at the University of California, Berkeley, director of the James M. and Cathleen D. Stone Center on Wealth and Income Inequality at UC Berkeley, and director of the EU Tax Observatory. He is the author of articles published in peer-reviewed journals such as the Quarterly Journal of Economics, the American Economic Review, the Journal of Public Economics, and of two books. His research focuses on the accumulation, distribution, and taxation of global wealth and has renewed the analysis of the macro-distributional implications of globalization. In a series of papers and in his book The Hidden Wealth of Nations, he has developed methods to measure the wealth held in tax havens. This research finds that 8% of the world’s household financial wealth is held in tax havens, with large variation across countries—from a few percent in Scandinavia to 50% in Russia. Data leaked from offshore financial institutions (such as the “Panama Papers”) suggest that offshore wealth is highly concentrated. Read more

Emmanuel Saez is Professor of Economics and Director of the Center for Equitable Growth at the University of California Berkeley. He received his PhD in Economics from MIT in 1999. His research focuses on inequality and tax policy. Jointly with Thomas Piketty, he created the top income share series that show a dramatic increase in US inequality since 1980. The data have been widely discussed in the public debate. His most recent book "The Triumph of Injustice", joint with his colleague Gabriel Zucman, narrates the demise of US progressive taxation and how to reinvent it in the 21st century. He received numerous academic awards including the John Bates Clark medal of the American Economic Association in 2009, a MacArthur "Genius" Fellowship in 2010, and an Honorary degree from Harvard University in 2019. Read more

Hilary Hoynes is a Professor of Economics and Public Policy and holds the Haas Distinguished Chair in Economic Disparities at the University of California Berkeley where she also co-directs the Berkeley Opportunity Lab. Her research focuses on poverty, inequality, food and nutrition programs, and the impacts of government tax and transfer programs on low-income families. She is a member of the American Academy of Arts and Sciences, the National Academy of Social Insurance, and a Fellow of the Society of Labor Economists. She has served as Co-Editor of the American Economic Review and the American Economic Journal: Economic Policy. She currently serves on the National Academy of Sciences Committee on Building an Agenda to Reduce the Number of Children in Poverty by Half in 10 Years. Read more

Mathilde Muñoz will join Berkeley’s Economics Department as an Assistant Professor in 2023, after spending the 2022-2023 academic year as a Post-Doctoral fellow at the Stones Center. Mathilde works on topics in public economics and international trade, with a particular interest for the distributional effects of globalization and tax competition. Her research has been awarded the Young Economist Award from the International Institute for Public Finance in 2019, the OECD Future of work fellowship in 2020 and the Arthur Sachs prize in 2021. Since 2020, she has been appointed by the European Commission as a national expert for international mobility and trade in services in France and Belgium, as part of the POSTING.STAT consortium. She will receive her PhD in Economics from Paris School of Economics in 2022 after spending the 2021-2022 year as the Arthur Sachs research fellow at Harvard Economics department. Read more 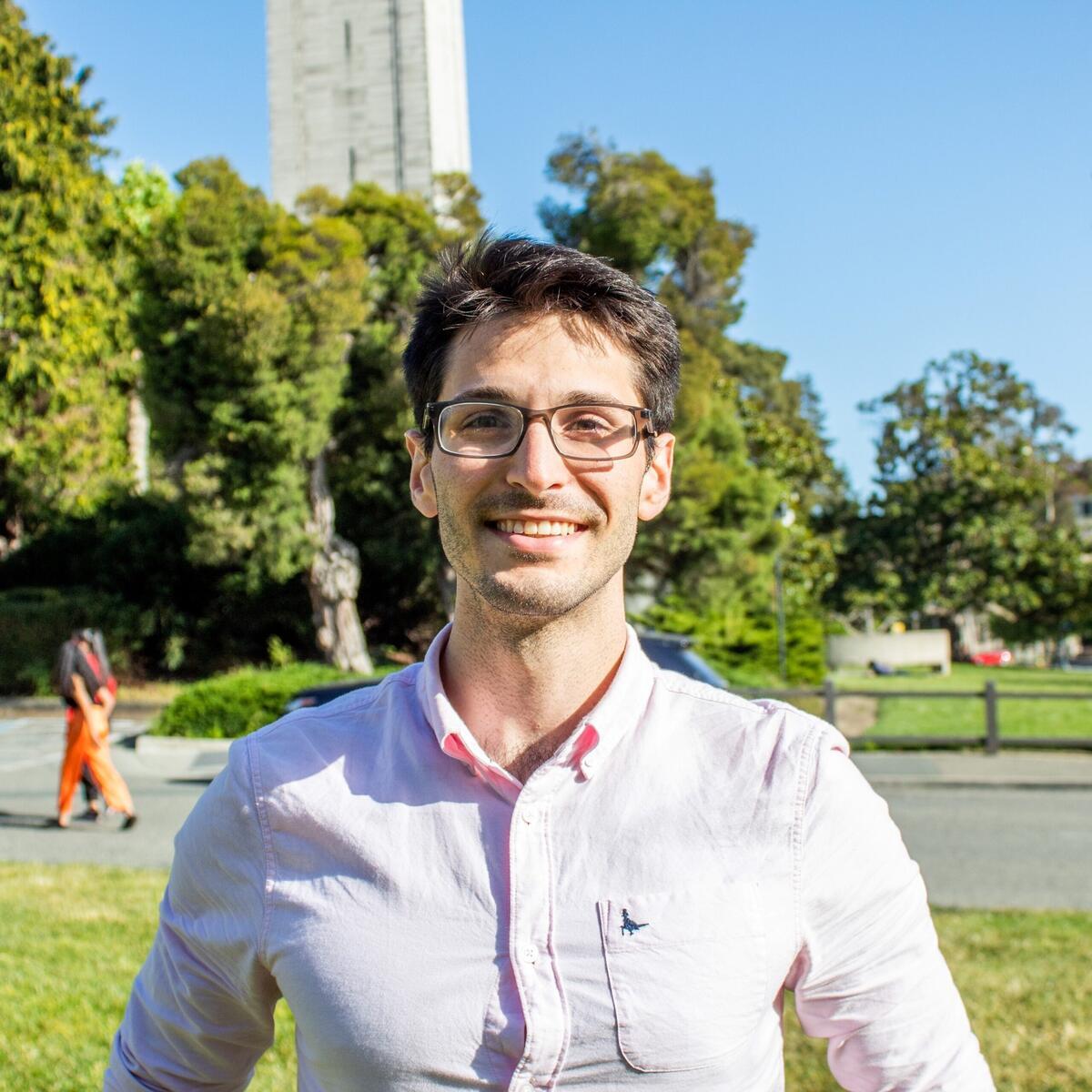 Jakob Brounstein is PhD Candidate in economics at UC Berkeley studying public and labor economics. He specializes in issues related to fiscality, tax avoidance/evasion, and inequality. His current work focuses on the tax externalities of homelessness policy and comprehensively estimating the changes in benefits absorbed and taxes collected in response to changes in individuals’ homelessness status. 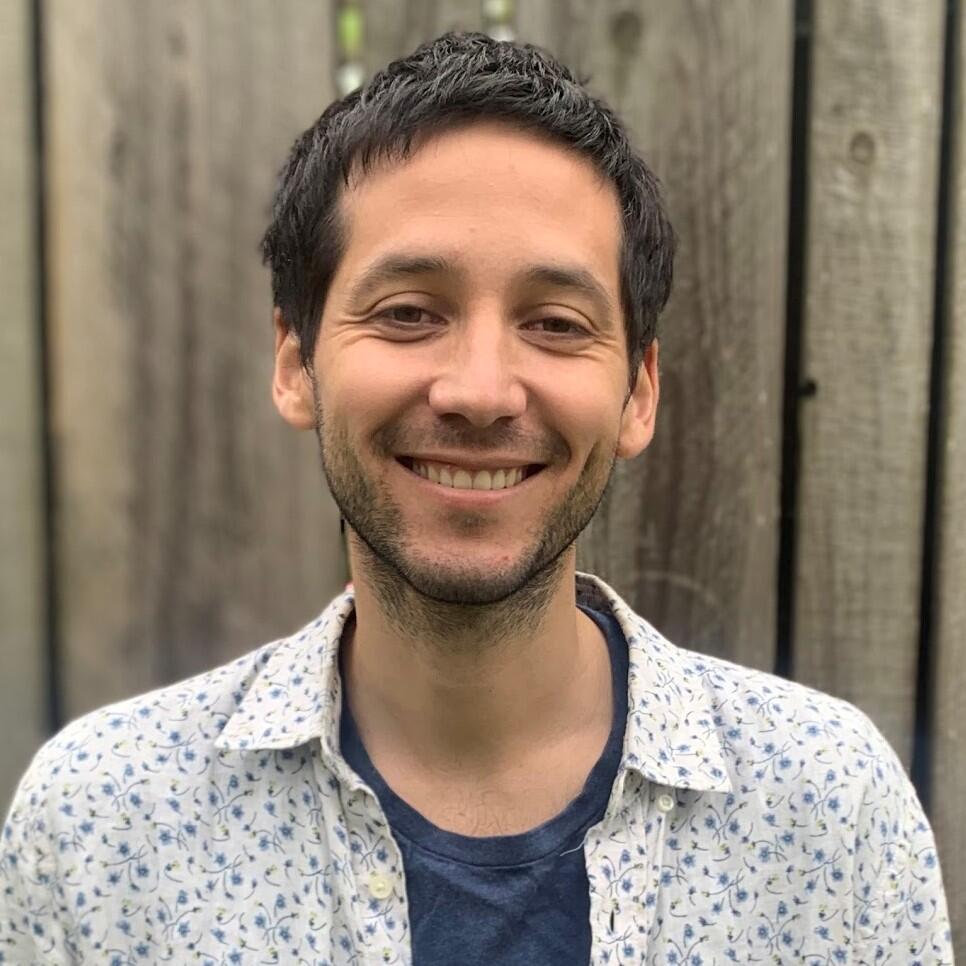 Cristóbal is a PhD Candidate in Economics at UC Berkeley. He holds a BA and an MA in Economics from Pontificia Universidad Católica de Chile. He also obtained an MSc in Philosophy of the Social Sciences from the London School of Economics. His fields of interest are public and labor economics. His current research focuses on the impact of corporate taxation on investment and wages. His website can be found here 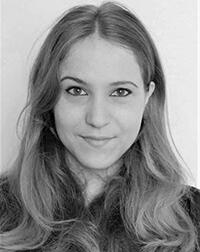 Carmen Durrer de la Sota is a research assistant at the World Inequality Lab and a graduate student at the Paris School of Economics. She holds a degree in social sciences from Sciences Po Paris. 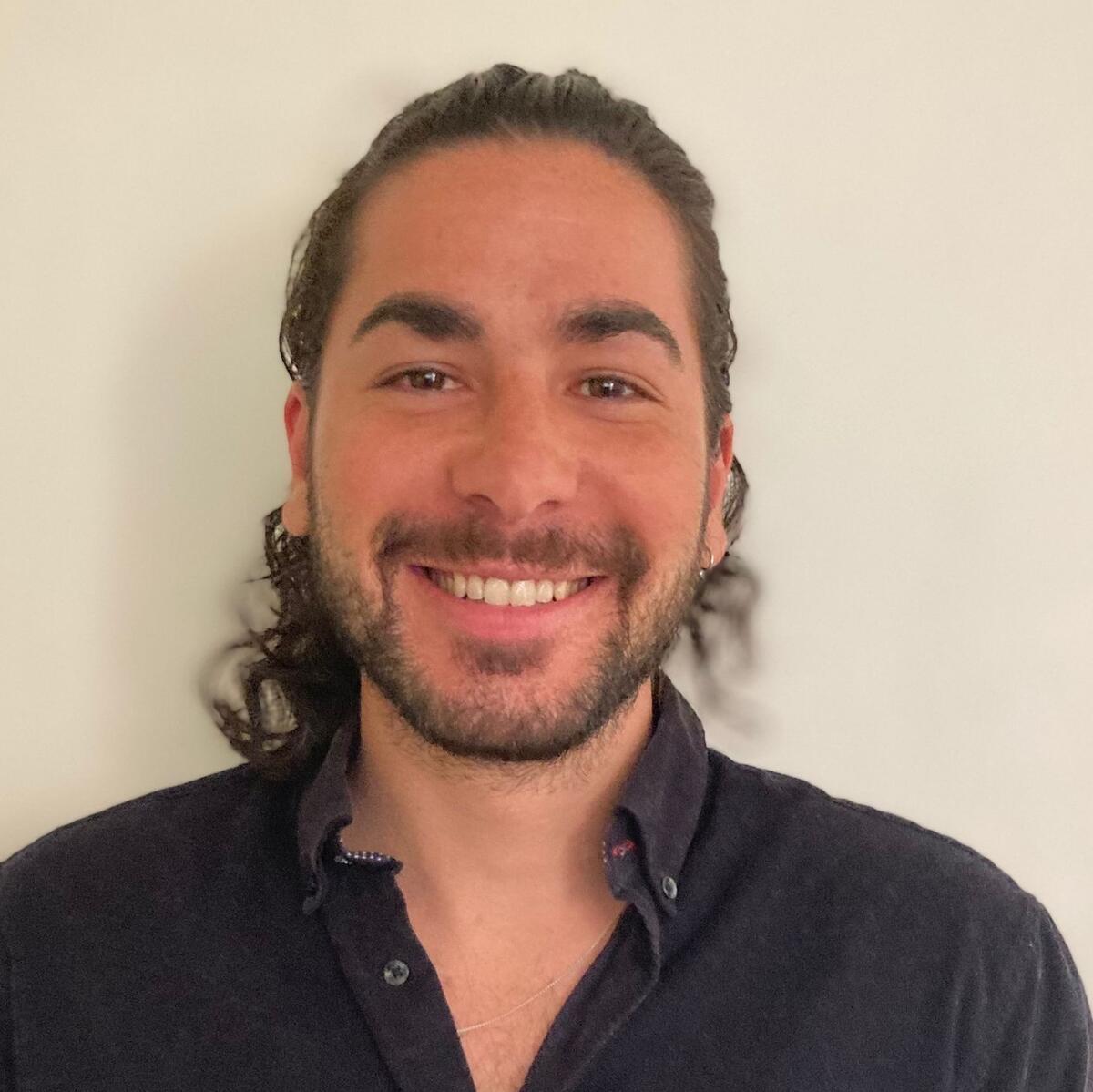 Javier Feinmann is an Argentinian economist pursuing his PhD in Economics at UC Berkeley. He earned his B.A. in Universidad de Buenos Aires and his M.A. in Universidad Torcuato di Tella, both in Buenos Aires. His current research agenda is at the intersection of Public, Labor and Development Economics, with a particular focus on inequality and the government's role in the economy. He works on topics related to tax evasion in developing countries. 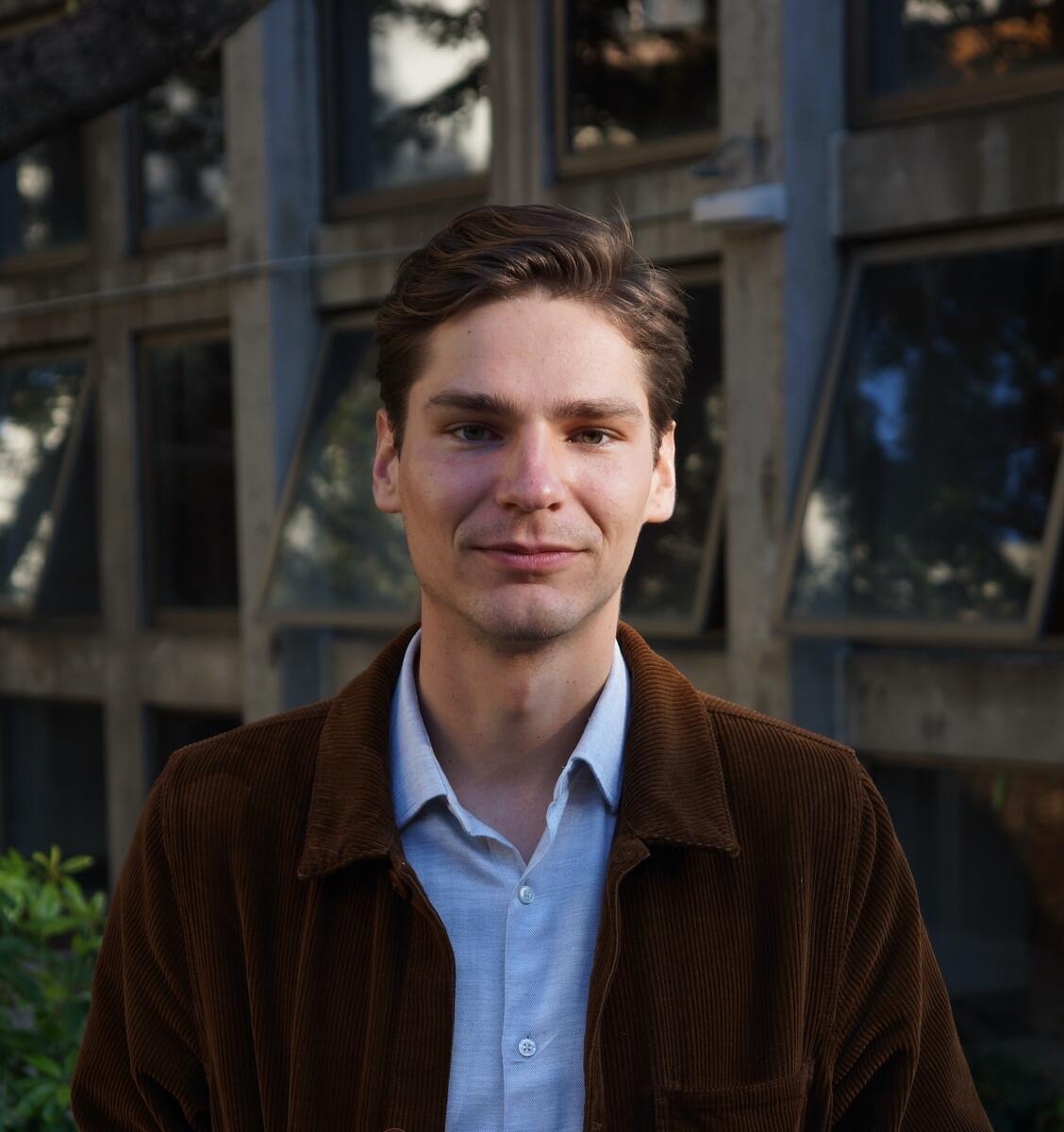 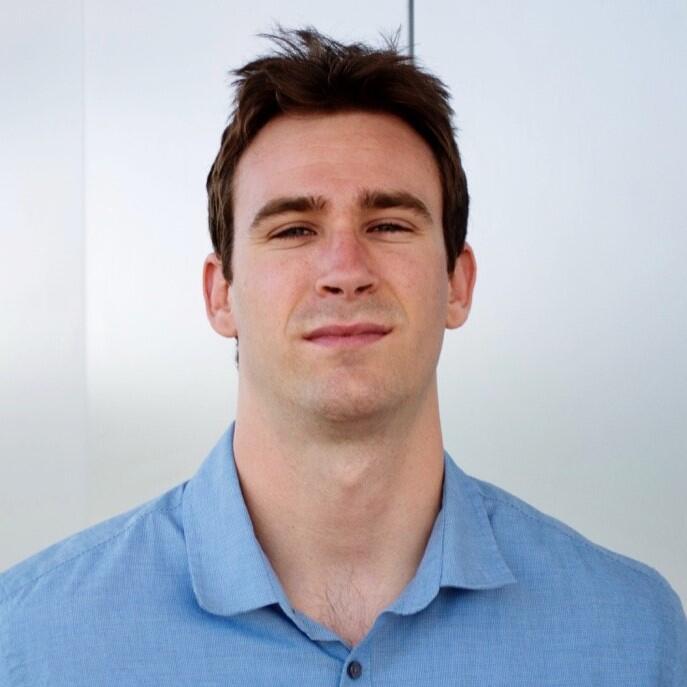 Will Sandholtz is a PhD student in the Department of Economics at UC Berkeley.  He primarily studies public finance and microeconomic theory.  Recently, he has researched how corporate tax rates affect the location of U.S. multinationals' profits and capital stock. Will also holds undergraduate degrees in economics and statistics from UC Berkeley. 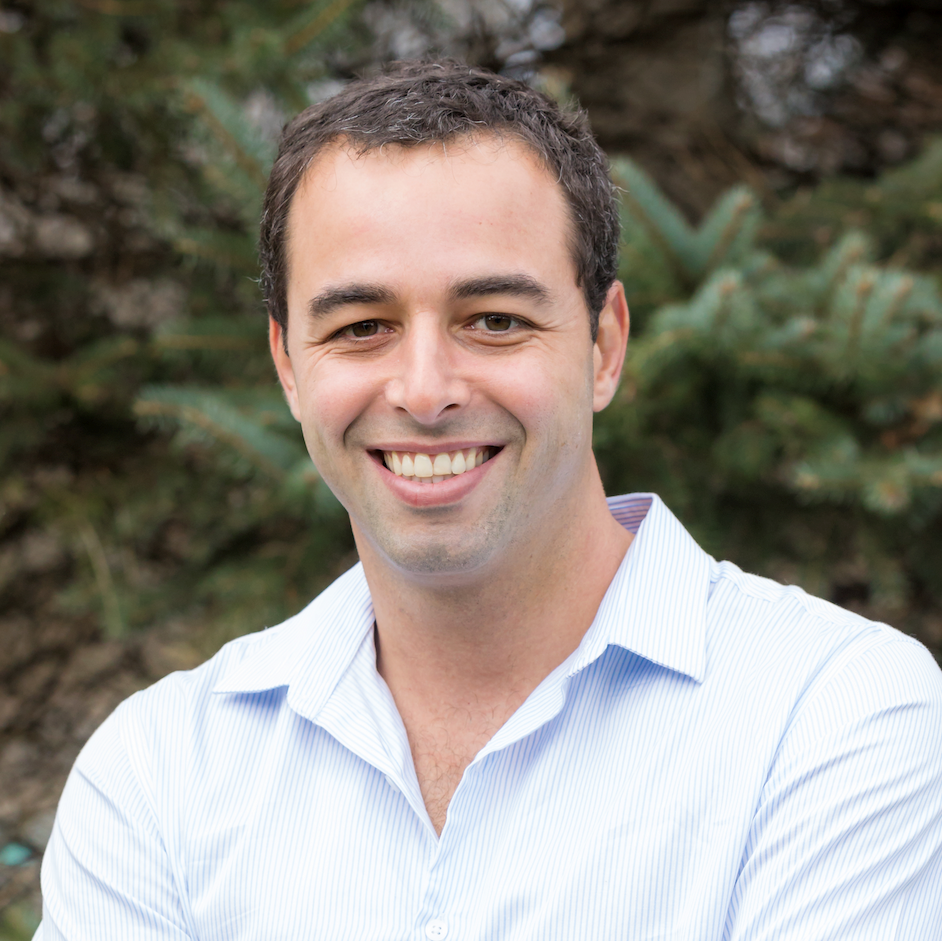 Felipe Lobel is a PhD candidate in the Economics Department at the University of California, Berkeley. His research is on the intersection of Public, Labor, and Development Economics. His work focuses on understanding the labor market consequences of business taxation in developing countries. His studies aim to contribute to the academic literature but also aim to guide policy design. 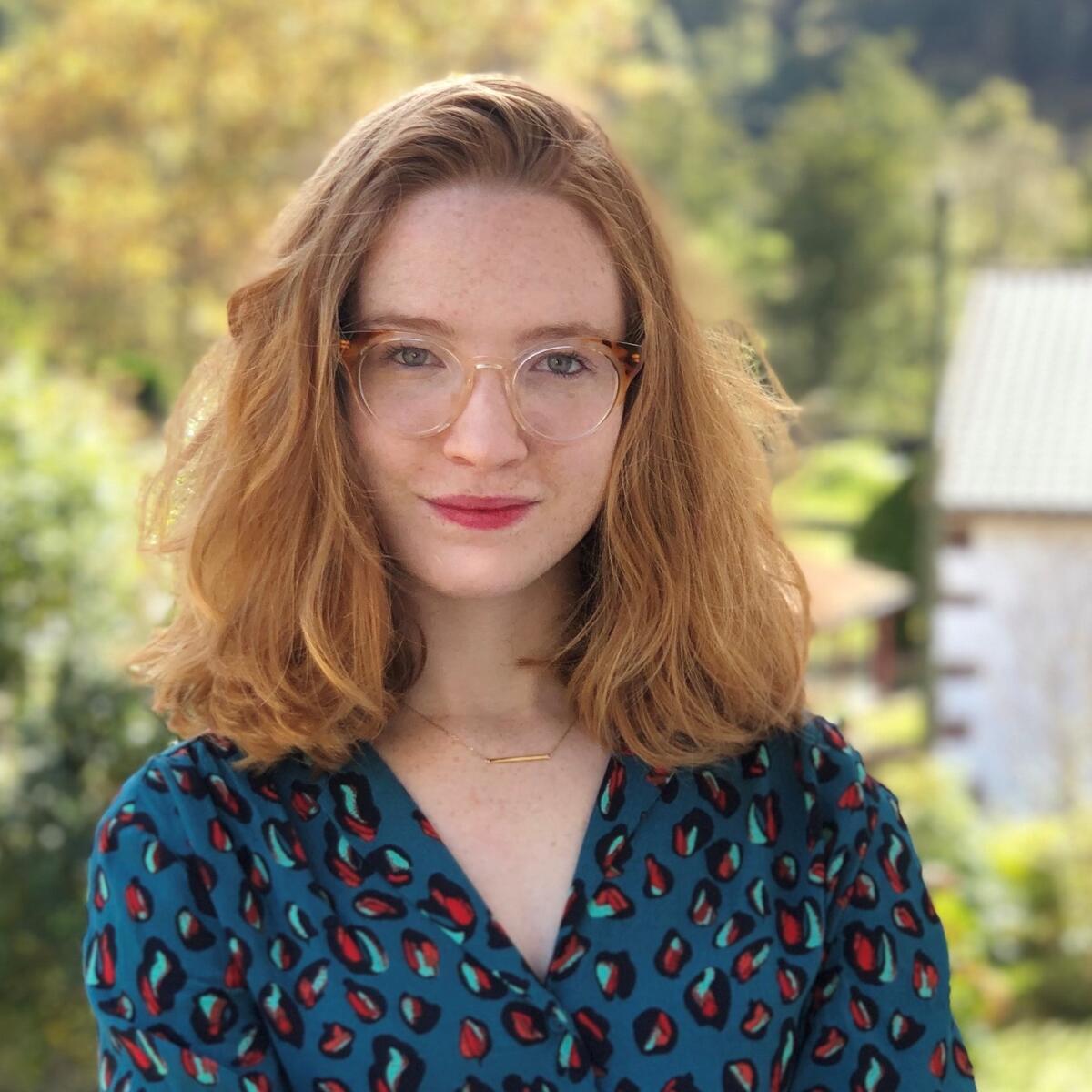 Nina Roussille will join MIT’s Economics Department as an Assistant Professor in 2023, after spending the 2021-2022 academic year as an Assistant Professorial Research Fellow at LSE and the 2022-2023 academic year as a Postdoctoral Associate at MIT. Nina works on topics in labor, gender and public economics, with a particular interest for the distributional effects of labor market policies. She received her PhD in Economics from UC Berkeley in 2021 and previously worked as a pre-doctoral fellow at Harvard for the Opportunity Insight lab. 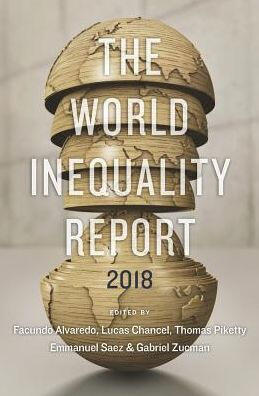 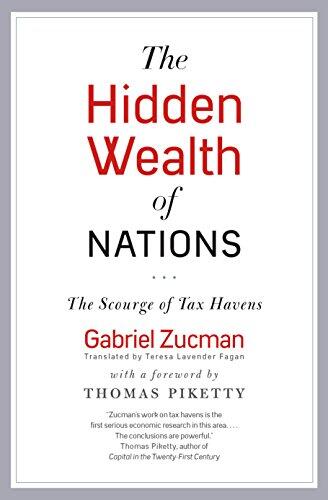 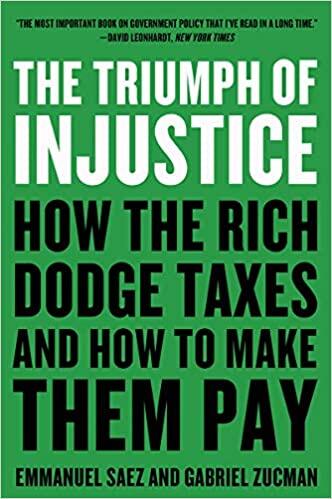 The 2022 World Inequality Report is a tool for students, journalists, policymakers, and civil society all over the world that addresses a critical democratic need: rigorously documenting what is happening to inequality in all its dimensions.

Co-authored by Lucas Chancel, Thomas Piketty, Emmanuel Saez, and Gabriel Zucman, the Inequality Report is published by The World Inequality Lab, which gathers social scientists committed to helping everyone understand the drivers of inequality worldwide through evidence-based research.

Presentation by Lucas Chancel, editor of the 2022 World Inequality Report. 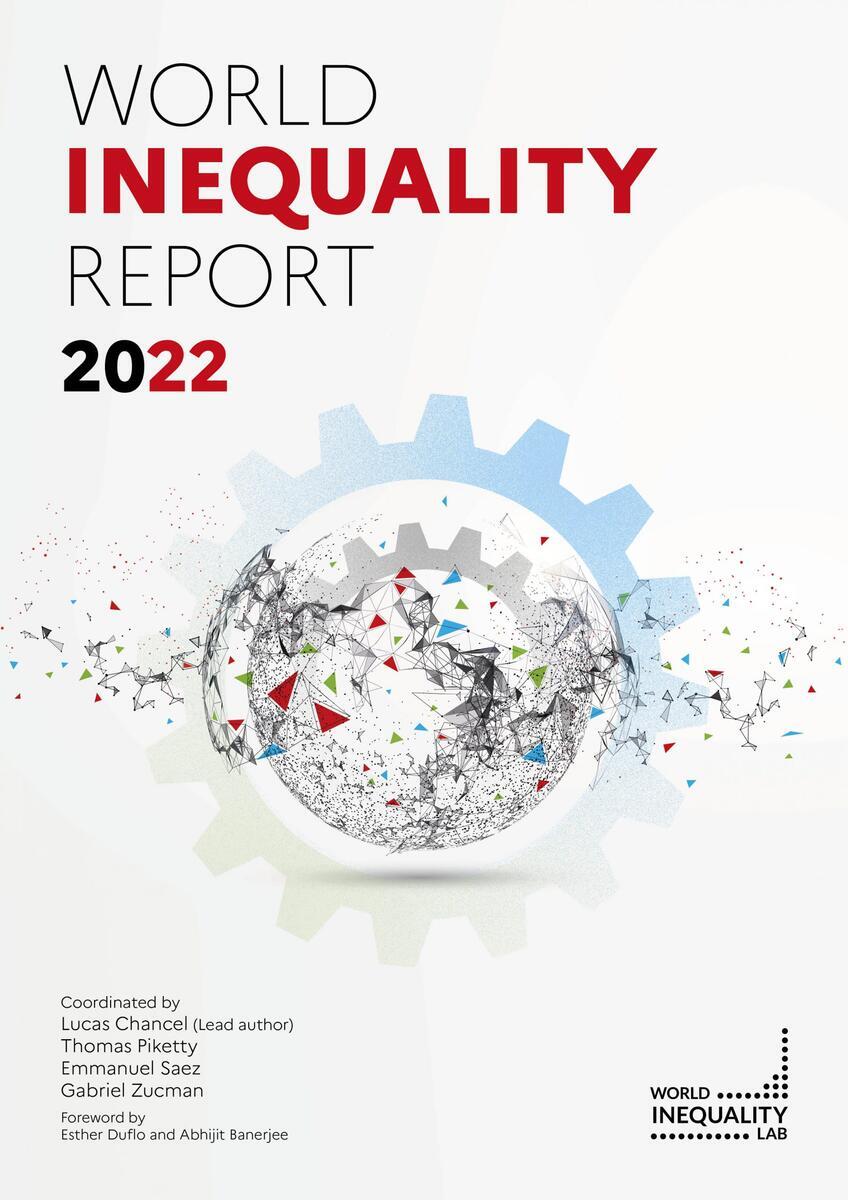 The James M. and Cathleen D. Stone Center on Wealth and Income Inequality awards grants for Berkeley students and faculty working on issues related to inequality. Grants have an annual funding cycle with an application deadline of late spring. An email will be sent each spring to the Berkeley community with the application announcement and the due date. Additional funding for students is available on an ongoing basis for travels, data purchases, and other research-related expenses; please contact us.

Tax Evasion at The Top of the Income Distribution: Theory and Evidence

A Wealth Tax on Corporations’ Stock

We propose to institute a new tax on corporations’ stock shares for all publicly listed companies headquartered in G20 countries. Every year, each company would have to pay 0.2 percent of the value of its stock in taxes. As the G20 stock market capitalization is around $90 trillion, the tax would raise approximately $180 billion each year.

Trends in U.S. Income and Wealth Inequality: Revising After the Revisionists

Recent studies argue that US inequality has increased less than previously thought, in particular, due to a more modest rise of wealth and capital income at the top (Smith et al., 2019; Smith, Zidar and Zwick, 2020; Auten and Splinter, 2019). We examine the claims made in these papers point by point, separating genuine improvements from arguments that do not appear to us well-grounded empirically or conceptually. Taking stock of this body of work, and factoring in other improvements, we provide a comprehensive update of our estimates of US income and wealth inequality

The Rise of Income and Wealth Inequality in America: Evidence from Distributional Macroeconomic Accounts

The fraction of national income that is reported in individual income tax data has declined from 70 percent in the late 1970s to about 60 percent in 2018. The gap is larger in survey data, such as the Current Population Survey, which do not capture top incomes well. This gap makes it hard to address questions such as: What fraction of national income is earned by the bottom 50 percent, the middle 40 percent, and the top 10 percent of the distribution? Who has benefited from economic growth since the 1980s?

Ending Corporate Tax Avoidance and Tax Competition: A Plan to Collect the Tax Deficit of Multinationals

Between 1985 and 2019, the global average statutory corporate tax rate has fallen from 49 percent to 23 percent, largely due to the rise of international tax competition. The biggest winners from globalization have received the largest tax cuts. In this paper we propose a solution to replace this race-to-the-bottom with a race-to-the-top. Multinational companies that have low effective tax rates in some foreign countries (what we call a “tax deficit”) would pay an extra tax in their home country. We explain how such a tax should be designed and how it could be collected.

How to Get $1 Trillion from 1000 Billionaires: Tax their Gains Now

Billionaires pay low effective tax rates because they can defer taxes on their capital
gains for decades or forever as income tax on gains is due only upon sale of assets. US billionaires. now own $4.25 Trillion, out of which $2.7 Trillion are gains that they haven’t paid tax upon yet. During COVID, billionaires' untaxed gains increased by $1.25 Trillion. We propose to end this tax deferral advantage by imposing a one-time tax on the stock of billionaires’ unrealized gains at the ordinary tax rate (39.6%+3.8% under Biden’s plan).

This document describes how to use tax policy to achieve the same economic goal as a
minimum wage increase: increasing the net pay of low paid workers using extra taxes on their
employers.

New research by Gabriel Zucman, Director of The James M. and Cathleen D. Stone Center on Wealth and Income Inequality at UC Berkeley, on the ownership of properties in Dubai

New research on the ownership of about 800,000 properties in Dubai co-authored By Gabriel Zucman, Director of The James M. and Cathleen D. Stone Center on Wealth and Income Inequality at UC Berkeley offers a unique window into cross-border real estate investments.... END_OF_DOCUMENT_TOKEN_TO_BE_REPLACED

Student Vitaliia Yaremko: ‘I’m more proud than ever to be Ukrainian’

“I was born in 1991, when Ukraine declared its independence and the Soviet Union collapsed. I grew up in a rural area of western Ukraine in the Ivano-Frankivsk region in a home built by my grandparents. My parents and grandparents still live there. This is the place I call my home, no matter... END_OF_DOCUMENT_TOKEN_TO_BE_REPLACED

Ukraine has been in the headlines since the Revolution of Dignity in 2014 and the public may be understandably tired of hearing more about Ukraine.

Unfortunately, the occasion now is far more serious. Not for Ukraine. For the free world. Indeed, what may happen in Ukraine is likely to... END_OF_DOCUMENT_TOKEN_TO_BE_REPLACED

Wealth Inequality Is the Highest Since World War II

Gross domestic product is a useful metric of a nation’s economic success, but what you’d also like to know is who reaps the benefit when it grows — the rich, the poor, the middle class or everyone. During the pandemic, for example, we know that government benefits helped the poor, while... END_OF_DOCUMENT_TOKEN_TO_BE_REPLACED 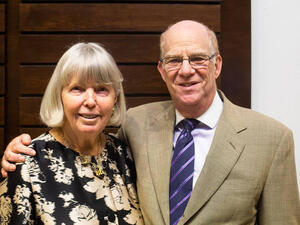