Two UC Berkeley faculty members from the College of Letters & Science, Daniel Aldana Cohen and Ellora Derenoncourt, have been named CIFAR Azrieli Global Scholars. CIFAR invites 19 exceptional early-career researchers from across the natural, biomedical and social sciences and the humanities to join one of their interdisciplinary research programs that address some of the most important questions facing science and humanity. Scholars are awarded $100,000 in unrestricted research support and receive a two-year term in a CIFAR research program. 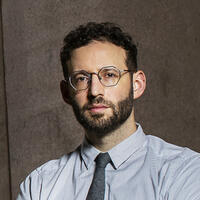 Daniel Aldana Cohen is an incoming assistant professor of sociology and will join UC Berkeley in July 2021. His work focuses on the politics of climate change, investigating the intersections of climate change, housing, political economy, social movements, and inequalities of race and social class.

I’ll be working with CIFAR’s Innovation, Equity & Future of Prosperity program. It’s a timely moment to work on industrial policy, which is back in fashion now, and will be a key tool in fighting the climate emergency. With this program, I plan to consider ways to generate greater economic and racial equity through green investments, especially in this period of post-COVID stimulus programs. For several years, the direction of my work has been examining the politics of the climate emergency - I’ve studied eco-apartheid and the kinds of policy that would decarbonize economic life, while tackling race and class inequalities. I also believe any democratic energy transition has to be an anti-racist transition. Previous rounds of public investment have not succeeded in this. This is a dimension of the climate crisis that needs more scholarly attention.

In general, I’m the happiest working across disciplinary silos, especially to understand climate change politics, and this program will let me do that work. As social scientists, we can see far more broadly by bringing scholars together in conversation about big changes that are coming to the world. No one can make sense of all this alone. I’m interested in the worlds of artificial intelligence and biomedicine, and the CIFAR fellowship will allow me to learn from new colleagues about the big changes afoot in those fields and how they intersect with climate politics.

Ellora Derenoncourt is an assistant professor in the department of economics and the Goldman School of Public Policy. She works on labor economics, economic history, and the study of inequality.

CIFAR's generous award will support my research on the economics of inequality and the economic history of institutions. Because the funds aren't restricted to any particular project, the award allows me to pursue high-risk, high-reward projects. One of these projects explores the impact of the Atlantic slave trade on European economic development. A once active but now somewhat dormant literature within economics studied the effect of slavery on the rise of capitalism, inspired by the work of historian Eric Williams. We have very little evidence on this question using modern econometrics and causal inference. My existing working paper on this question establishes a strong association between European port participation in the slave trade and city growth. I plan to collect additional data that allows me to further explore this relationship and understand mechanisms.

One of my favorite aspects of CIFAR is the interdisciplinary nature of the program. A core part of my research agenda examines how unequal institutions facing Black and white Americans have conditioned their joint economic trajectories. From total exclusion from under slavery to continued exclusion from economic flourishing today, Black Americans face serious barriers to equality. This work resonates strongly with that of scholars studying questions of economic and political integration in the context of international migration. I have already learned a great deal from exchanges with sociologists and political scientists in my program (Boundaries, Membership, and Belonging) working on these questions.

More information about the CIFAR Azrieli Global Scholars program is available on their website.