The Baxter Liberty Initiative engages high-profile intellectual leaders whose expertise and scholarship focus on the ideal of freedom in political and economic life. Visiting scholars are invited to UC Berkeley for a multi-day visit of public lectures, dialogue with a respondent, and discussions with students centered on the theme of liberty.

The Baxter Liberty Initiative is a program of the Charles and Louise Travers Department of Political Science at the University of California, Berkeley, established with the support of the Honorable Frank E. Baxter, Ambassador of the United States of America. 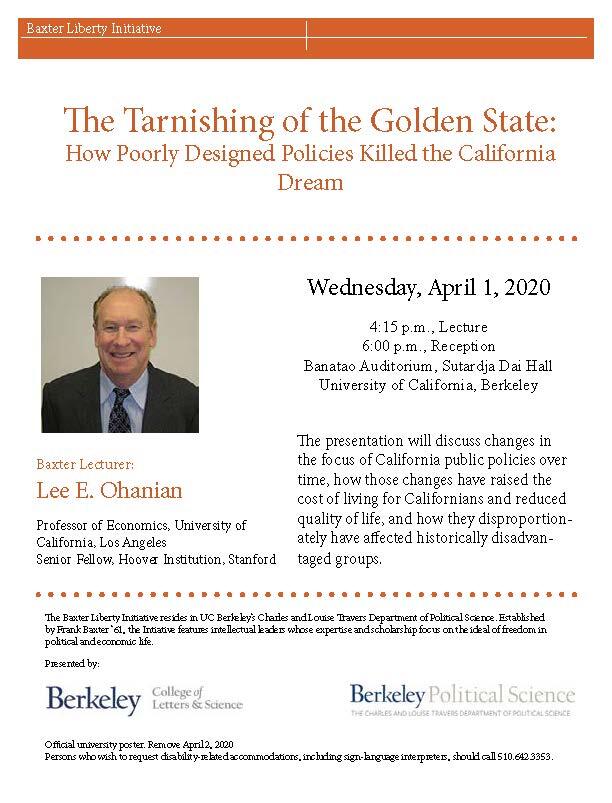 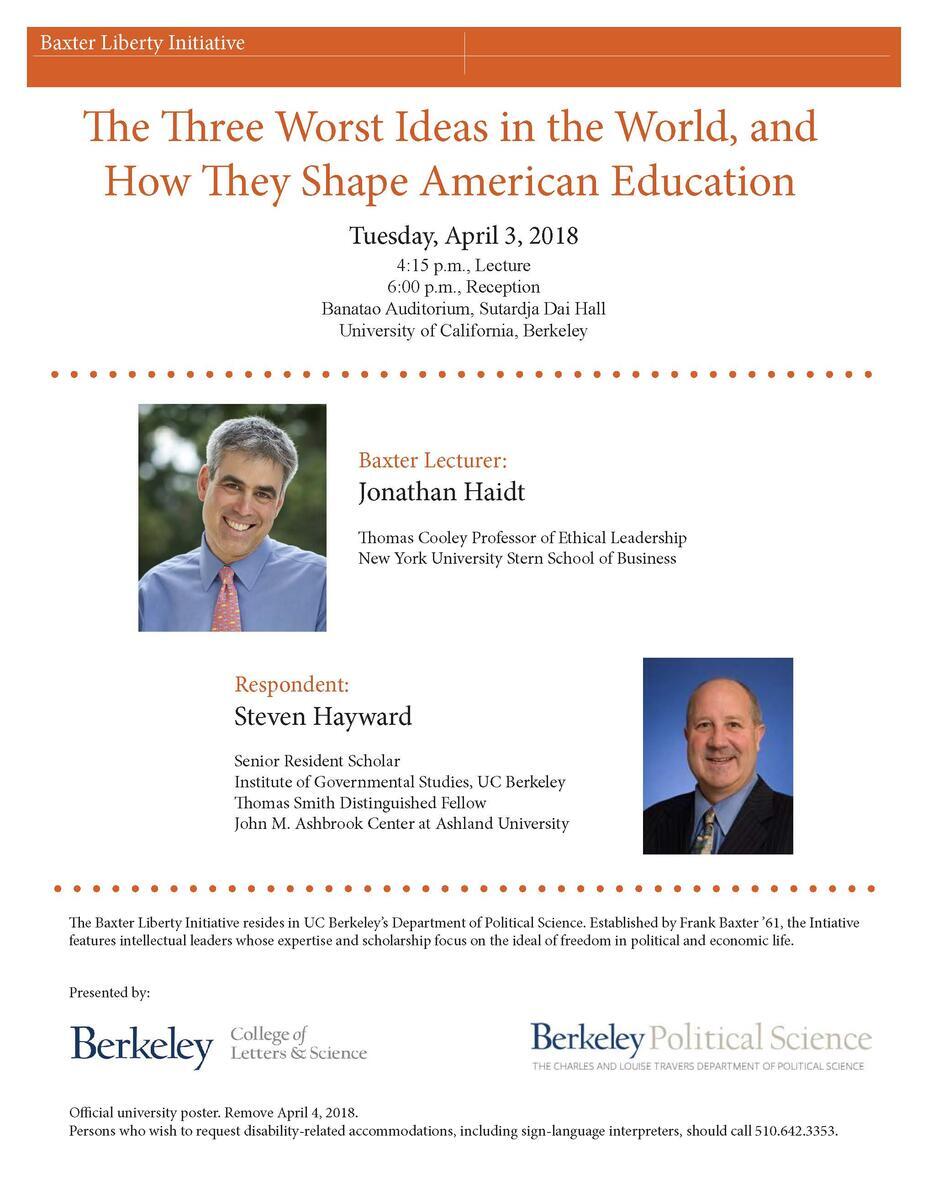 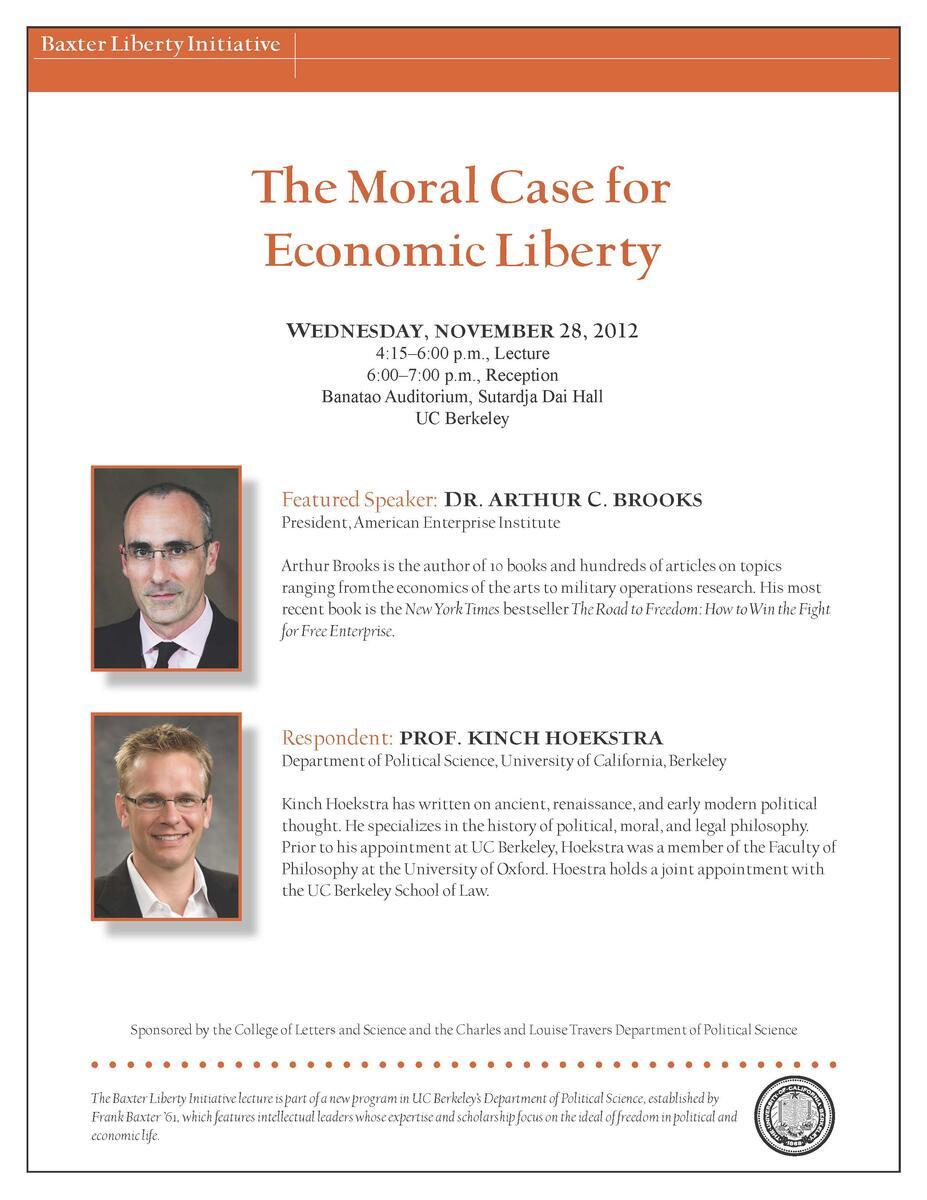 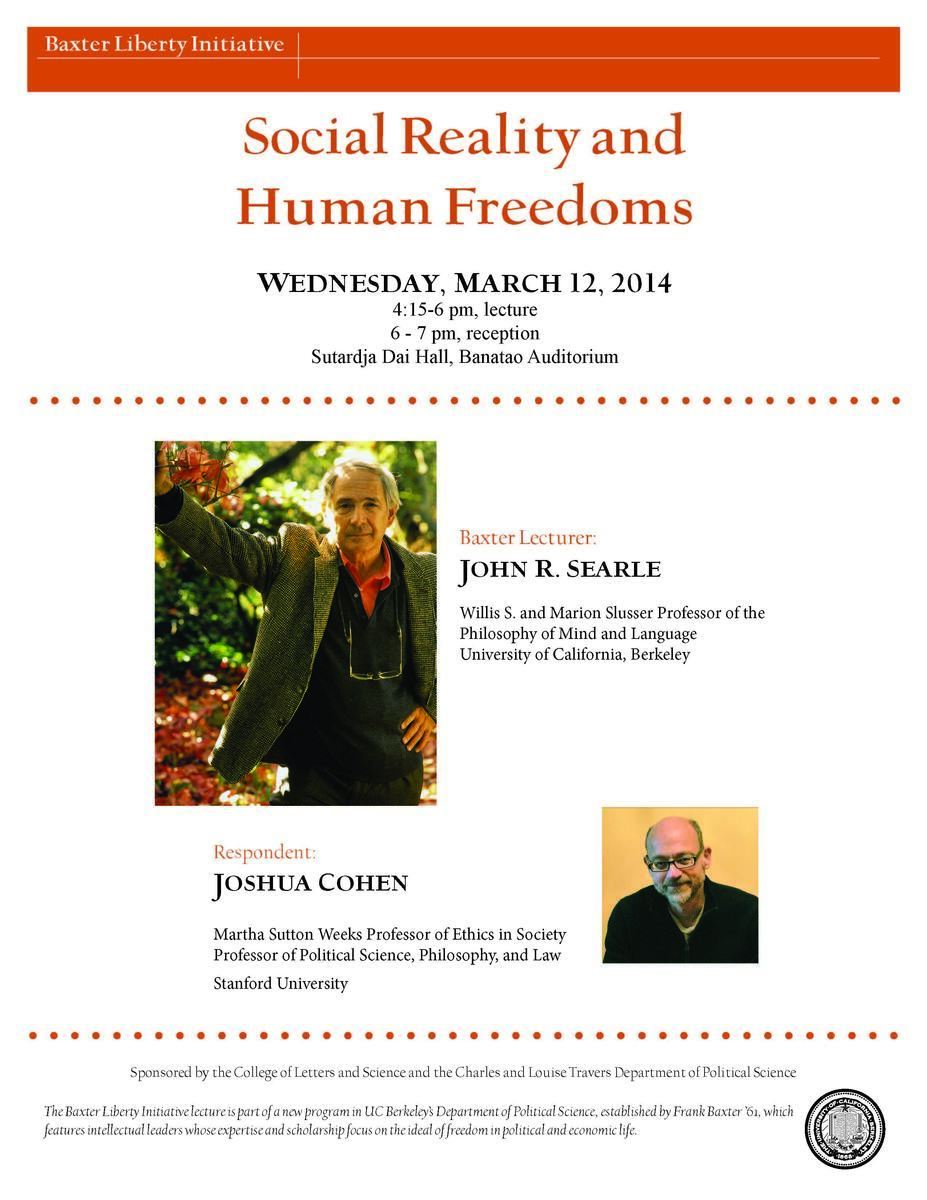 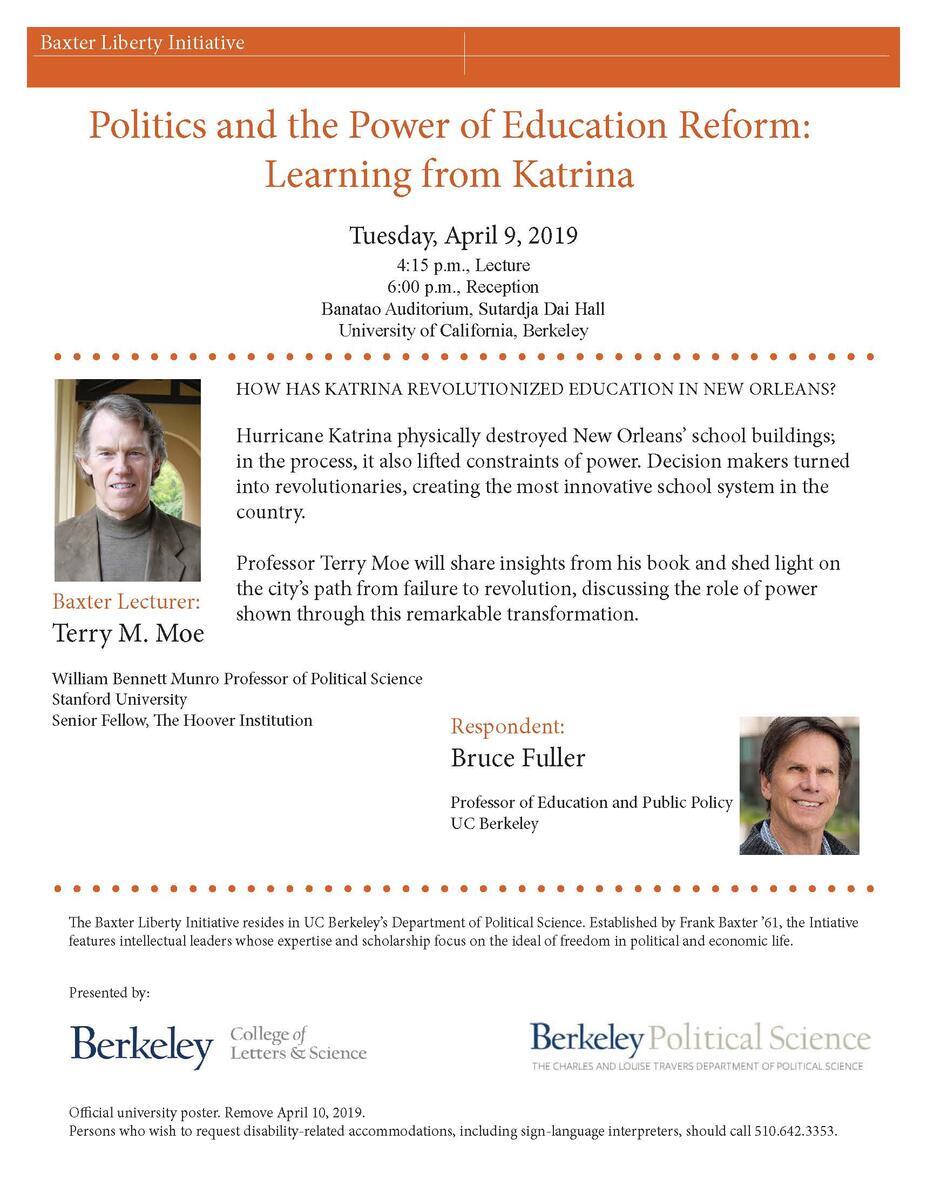 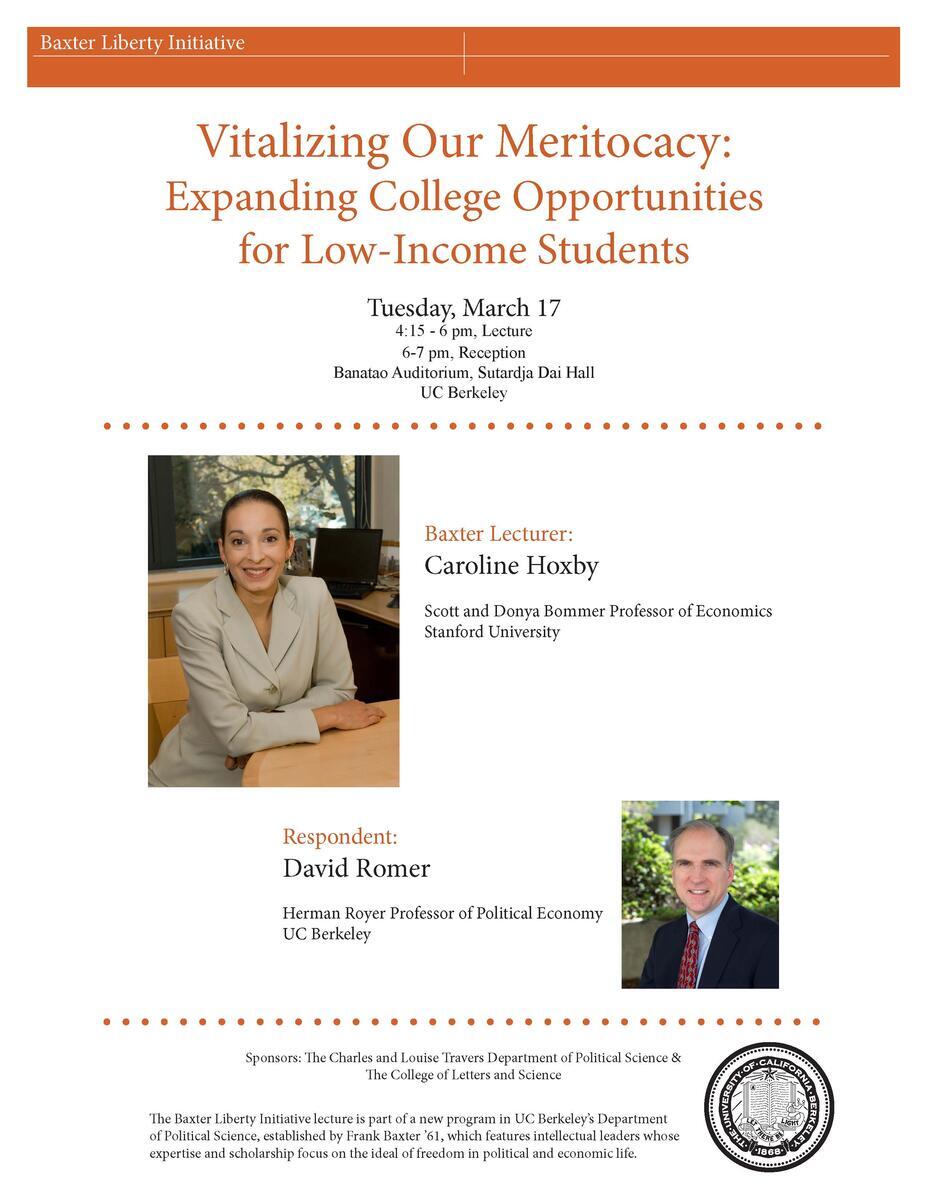 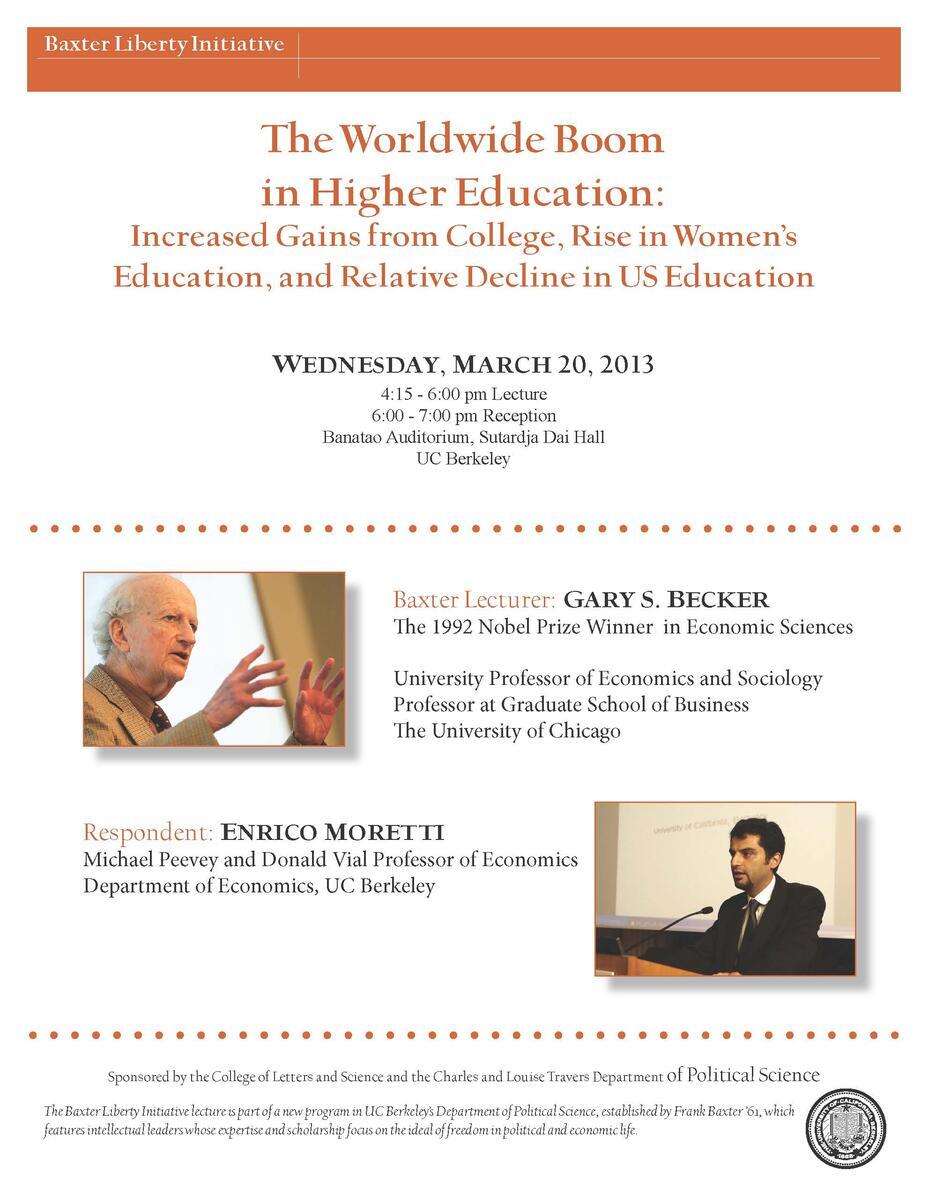 Stone Center at UC Berkeley receives $4.85M gift for the study of wealth and income inequality

BERKELEY, CA — Wealth inequality exceeds historic records in the United States, as can be clearly seen in the research done by Gabriel Zucman, Associate Professor of Economics at the UC Berkeley Department of Economics and Faculty Director of ... END_OF_DOCUMENT_TOKEN_TO_BE_REPLACED

Armando Lara-Millán, assistant professor in UC Berkeley’s Department of Sociology, has earned the 2022 Distinguished Scholarly Book Award from the American Sociological Association. This esteemed award is known as the discipline’s highest book honor, as it recognizes the best sociology book... END_OF_DOCUMENT_TOKEN_TO_BE_REPLACED

I’m an Afro-Latinx, non-binary, queer, trans poet and activist. I want to be a scholar that troubles academia.

I want to reveal social inequities and conduct research that lifts the veil off the nebulous of white supremacy and post-colonial oppression. I want people to care about Central... END_OF_DOCUMENT_TOKEN_TO_BE_REPLACED

The Great Immigrants is a program created by the Carnegie Corporation of New York, hosted every Fourth of July. The program is meant to honor the legacy of their founder Andrew Carnegie by recognizing an extraordinary group of immigrants who have made notable contributions to the 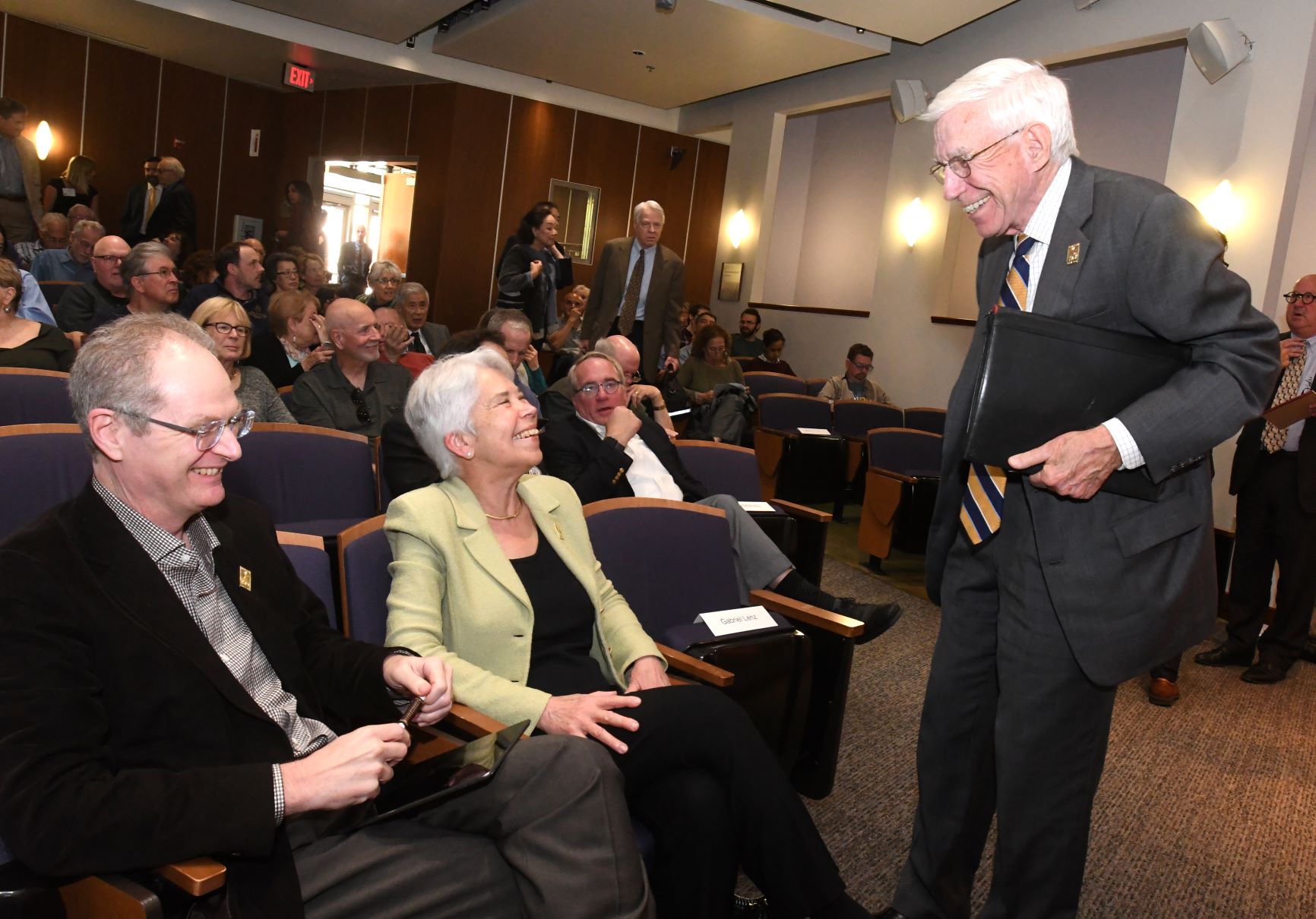 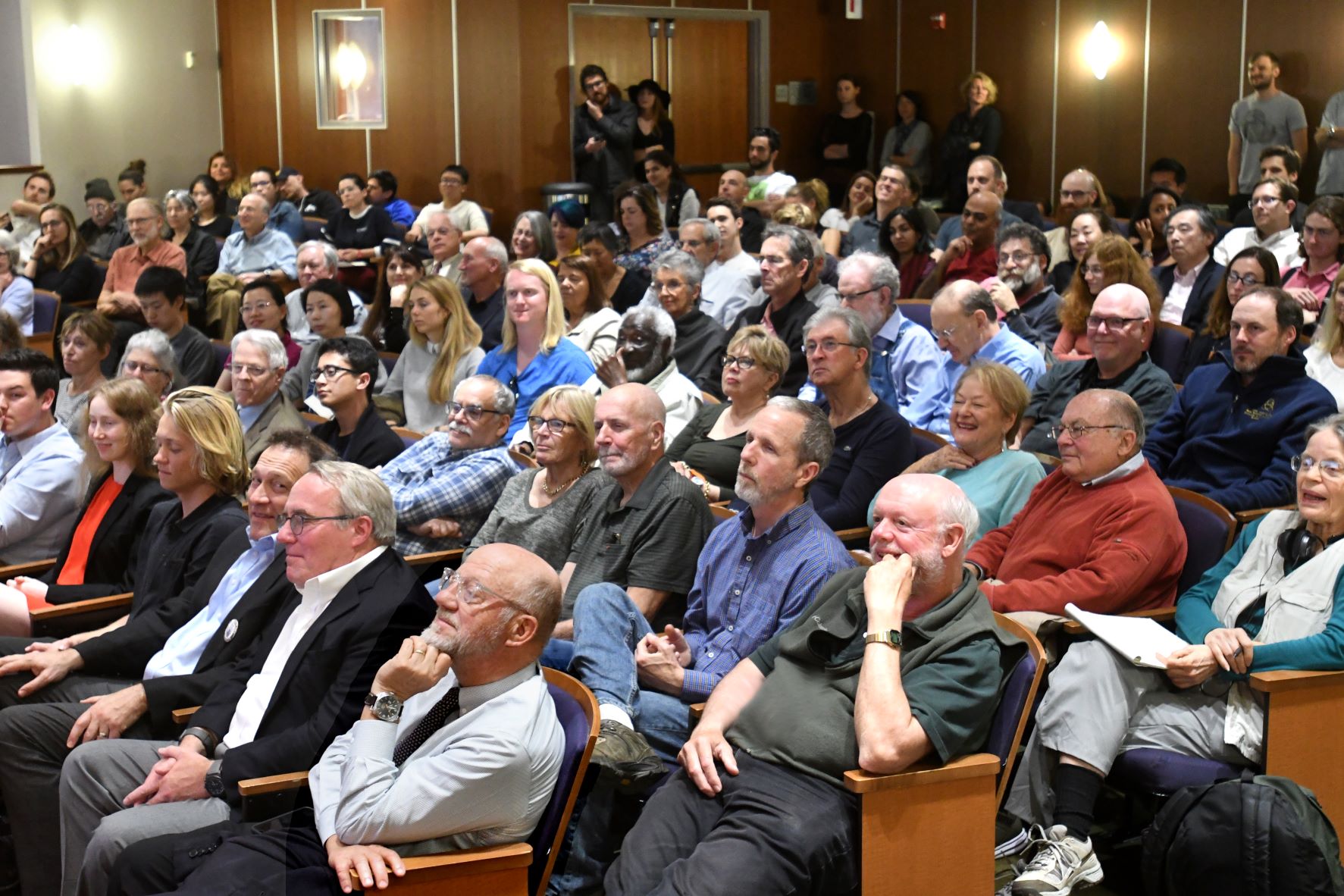 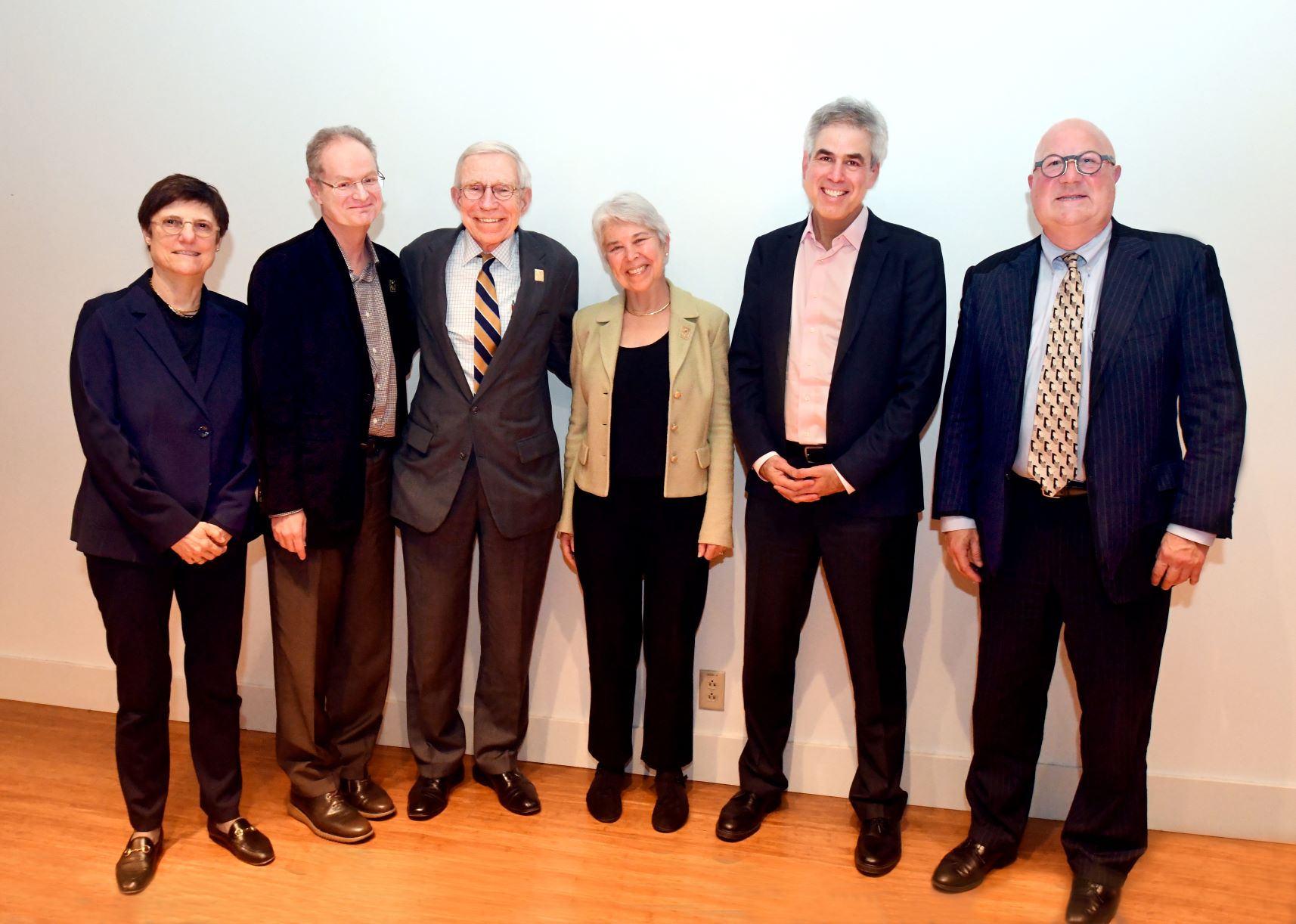 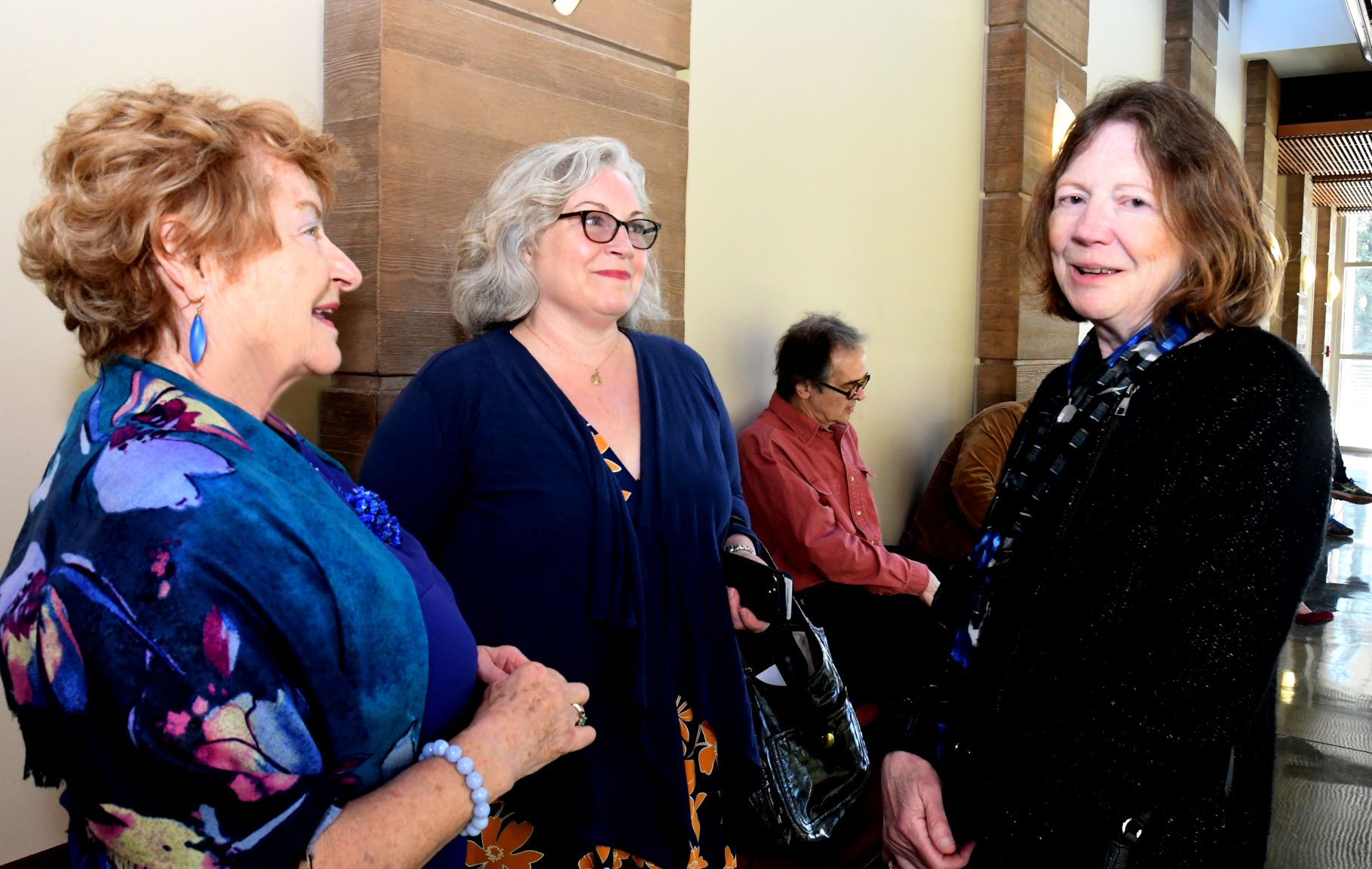 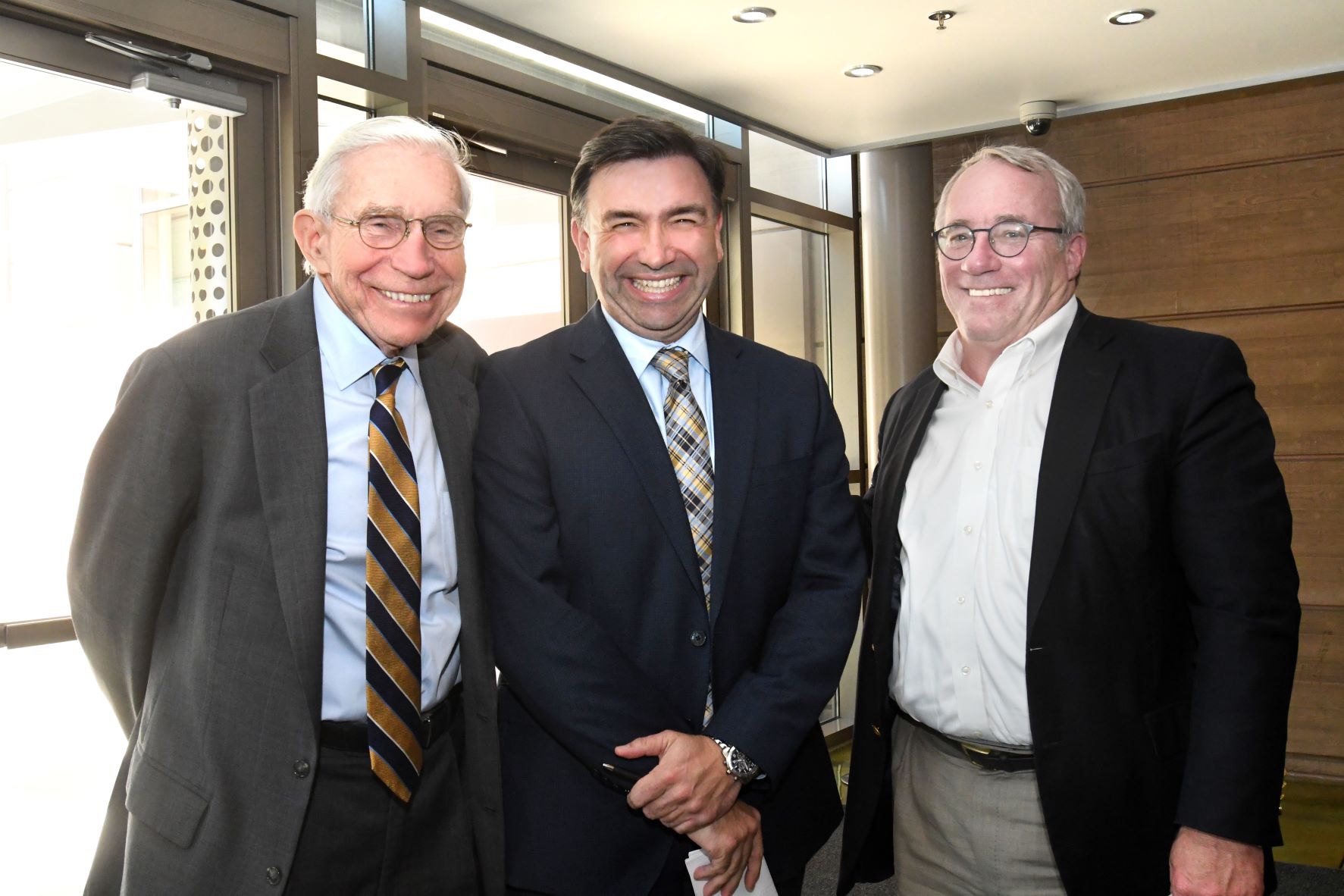 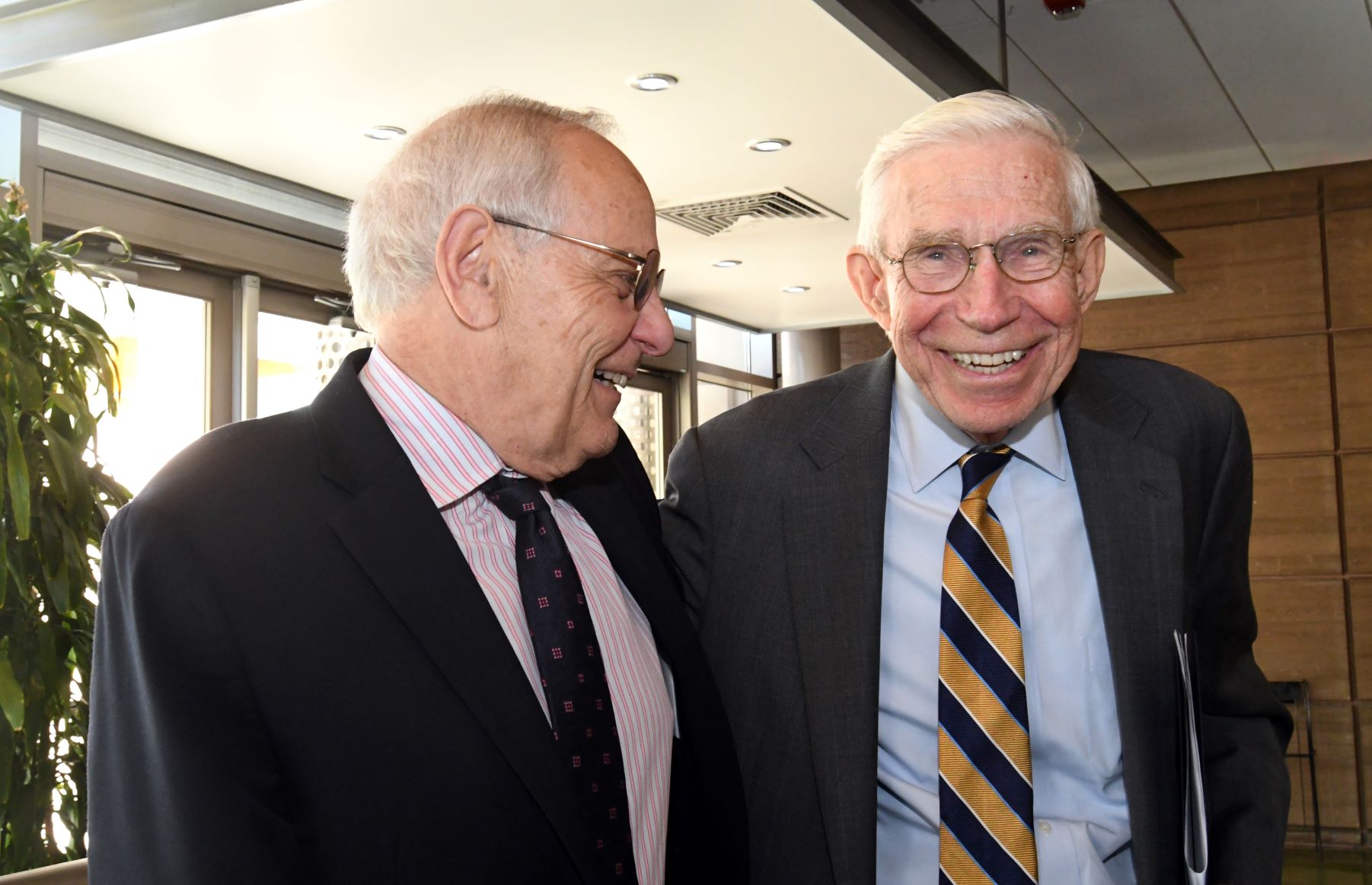 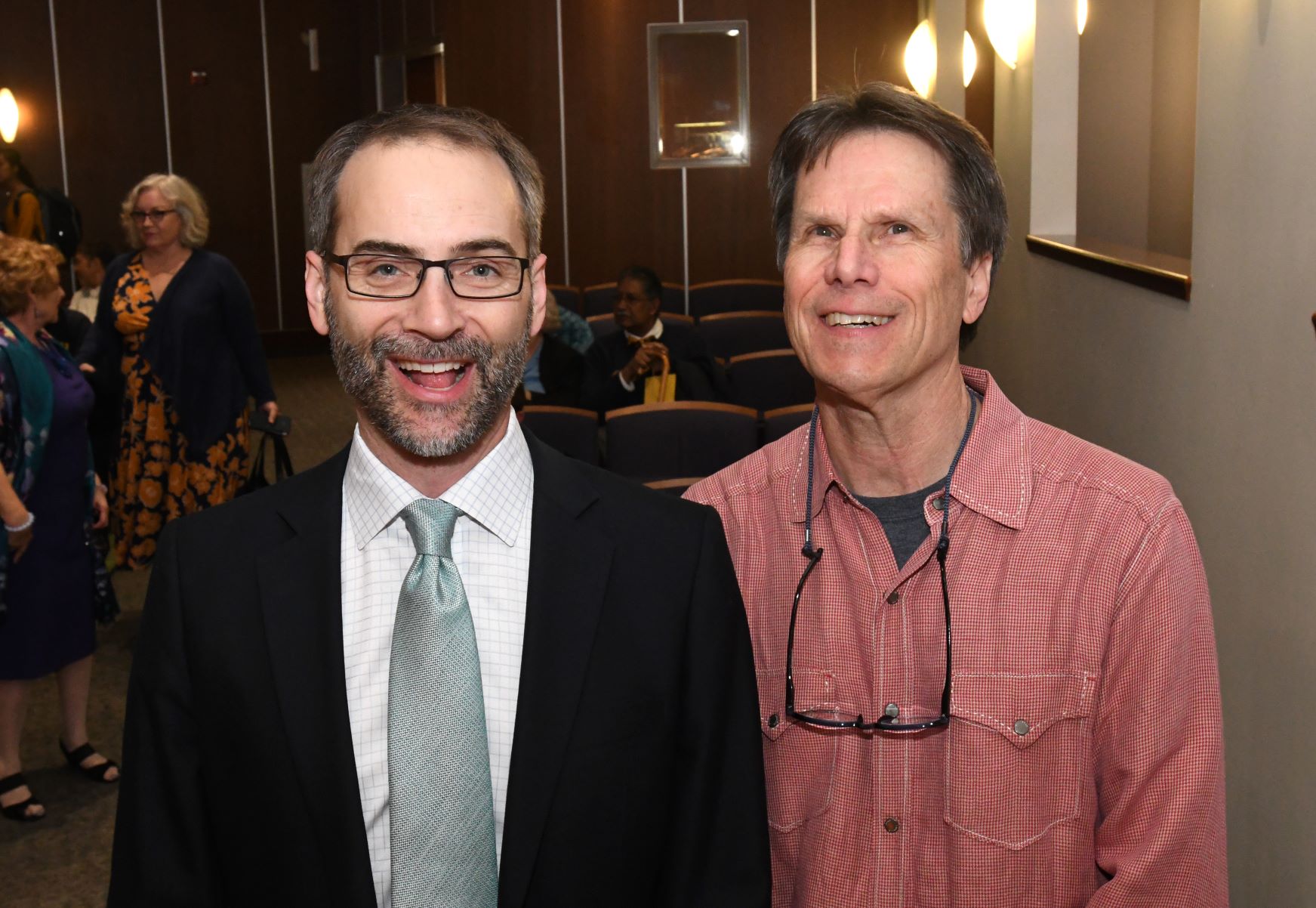 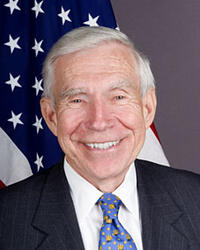 Ambassador Frank E. Baxter was born in and attended grammar and high school in Northern California. He graduated from the University of California, Berkeley with a BA degree in economics with honors in 1961. Before college he enlisted in the Air Force for four years.

After college he worked at the Bank of California, San Francisco. In 1963 he joined J.S. Strauss and Company, San Francisco, which then was a major third market firm.

From 1974 until 2002 he was employed by Jefferies and Company, a global investment bank specializing in small and mid-cap companies. In 1984 he moved to London to start and act as Managing Director of Jefferies International, which now has offices in Europe, Asia, and Australia. In 1987 he became CEO of Jefferies. That same year he started the Investment Technology Group, which is now a major electronic institutional brokerage, listed on the New York Stock Exchange during the 90s. He is now Chairman Emeritus of Jefferies.

Before his appointment as US Ambassador to Uruguay, Mr. Baxter was involved in numerous civic activities, including: Chairman of After-School All Stars; Chairman of the Board of Alliance for College-Ready Public Schools, an organization dedicated to starting a number of charter schools in Los Angeles; Board Member, California Institute of the Arts; Member, Governor Schwarzenegger's Commission for Jobs and Economic Growth; Vice Chairman of the Board of the Los Angeles Opera, whose budget grew 2 1/2 times during his tenure as President; Chairman of the Executive Committee, Los Angeles County Museum of Art, while undergoing a major building campaign; Trustee, University of California Berkeley Foundation; and Trustee, I Have a Dream Foundation, LA Chapter.

He is the recipient of the Bet Tzedek, House of Justice and the Getty House (Mayor's Residence) City of Angels awards.

Ambassador Baxter has been married to his wife Kathy since 1962. They have three children, six grandchildren and one great-grandchild.