A Letter from Dean Frances Hellman 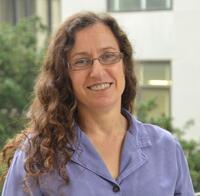 What a tumultuous and unpredictable year 2020 was. We were challenged by a viral pandemic, rampant wildfires, and deep anger over systemic racism and inequality. Then, in October, came the wonderful news that two UC Berkeley science faculty had won a Nobel Prize. The Nobel Prize in Physics was shared by Reinhard Genzel, professor emeritus of physics and astronomy, for observations that provided the first evidence for a black hole at the center of the Milky Way. Then biochemist Jennifer Doudna shared the Nobel Prize in Chemistry for the discovery of genome editing tool CRISPRCas9. Doudna credits Department of Earth & Planetary Science Professor Jill Banfield (featured in last year’s division newsletter) with igniting her curiosity about the enigmatic bacterial gene sequences called CRISPR.

At the end of this academic year, I will conclude my tenure as dean of the Division of Mathematical and Physical Sciences (MPS). Over the coming months, I plan to focus on the concerns of my faculty, staff, and students.

On June 10, for instance, each MPS department participated in the nationwide #shutdownSTEM Day, suspending all normal operations to reflect on racial issues. The same month, physics faculty voted to remove the name LeConte from its two buildings. The brothers John LeConte, Berkeley’s first physicist, first faculty member, and initial acting university president, and Joseph LeConte, a naturalist and geologist, served in the Confederate Army and used science to subjugate Black people. A formal petition to un-name the hall was submitted to campus leadership, and the Chancellor’s recommendation for un-naming went to the UC Office of the President. Last year, I established a Task Force on Undergraduate Diversity, Equity, Inclusion, and Advancement to recommend concrete changes to address the known problem of differential outcomes, where the percentage of underrepresented students decreases from admission to declaration of major. I highlight here two of their recommendations that we are undertaking. First is the creation of MPS Scholars, dedicated to providing underrepresented, first-generation, or low-income students with the support they need to progress through an MPS major and achieve success after graduation. The second is to redesign discussion sections and improve training for graduate student instructors.

I hope to make progress on these crucial efforts while addressing two consequences of the pandemic: leaving my successor with a stable budget and alleviating student stress. I won’t give up the best part of this job, sharing in the contagious excitement of our faculty and students about their research — which we do with you through some of the pages on this Letters & Science website. Please enjoy its contents.